The Godfather: Corleone’s Empire Board Game Review – The Lawyer With The Briefcase Can Steal More Money Than The Man With The Gun

The Godfather is one of the most well-known movies of all time, beloved by thousands upon thousands of people who sat in rapt attention as they watched the story of Don Vito Corleone, as played by Marlon Brando in his greatest performance. And now, since we live in a time where various licenses are being used to create great games we’re getting  a boardgame version of the movie courtesy of designer Eric Lang and publisher CMON. So is it an offer we can’t refuse? 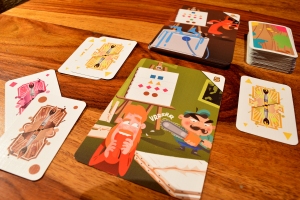 Designed by: Mike Elliott Published by: Asmodee Players: 2-4 Playtime: 15-30 minutes Review copy provided free of charge by Esdevium Games. Ah, the sophisticated, wonderful world of art. On this very site I reviewed The Gallerist, a hefty, complex game which was based around running a successful gallery, […]

New Angeles Review – Being A Ruthless Corporation Is Kind of Fun

Designed by: James Kniffin Published by: Fantasy Flight Games Players: 4-6 Playtime: 2-4 hours. Review copy supplied free of charge by Esdevium Games. Within movies, books and games massive corporations becoming the dominant force in society is a constant theme and one that is these days a little too close […]

Sometimes when you’re writing your mind simply switches off, like someone pulled the power cord out of the socket. This is exactly what happened when I was writing this opening paragraph, therefore allow me to just spout out some words; flibble. Codswallop. Bamboozled. Now let us get on with this review, eh? 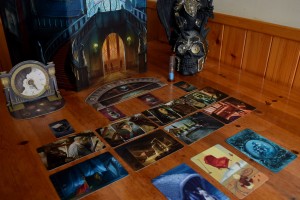 Designed by: Oleksandr Nevskiy, Oleg Sidorenko Published by: Asmodee Players: 2-7 Review copy supplied free of charge by Esdevium Games. In a feverish dream a ghost comes to you. It gestures toward a small table bearing Cluedo. With a shake of its head the ghost waves its hands and […] 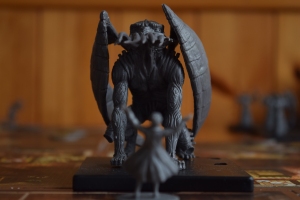 I don’t think H.P. Lovecraft could have predictated that his beloved short-stories would become entrenched in the world of boardgames, acting as the inspiration for countless hundreds of titles that purport to be inspired by the works of someone with an intense imagination and propensity for horror. It seems like every other day a new videogame, boardgames or book arrives, taking its theme and story ideas from Lovecraft and bending them to their own will. Mansions of Madness 2nd Edition is one such game, residing in FFG’s Arkham Horror lineup of games where the emphasis is on supernatural monsters, investigators and pulp fiction. But this one….this one is special. 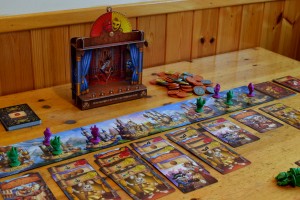 Who doesn’t like putting together a troupe of talking animals to enact dramatic or comedic plays for a moody King who is constantly changing his mind like an excitable child that has been told he can only buy one toy in the entire store? It’s a pretty neat concept that Histrio has going for it, although the theme takes a backseat to travelling to various cities in order to snatch up actors to put on your show. You won’t really feel like somebody managing a troupe and putting on lavish stage shows by the end. You’ve got just two seasons to earn as much cash (Ecus) as you possibly can, with the end of each season being when you’ll put on your show and hopefully please the King.

Designer: Ignacy Trzewiczek Publisher: Portal Games Players: 1-4 The art of writing a rulebook for a boardgame is a sacred one, mastered by few and royally buggered up by many. Whomever penned the rules for 51st State, though, knew their stuff, not only making the whole thing easy […]

(Single-Player) Arkham Horror Review – What’s That Coming Over The Hill? Is It A Monster?

Given how much time I spend staring at screens it’s nice to step away occasionally and venture back into the world of boardgames. They’ve become a staple of my life now, a regular occurrence that along with things like drumming, swimming and movies help combat the fatigue […]