I’ve spent the day climbing up hills, slipping and barely avoiding large drops while exploring some nearby woods. I’m bloody knackered. I’m 27. I’m not old, but by Odin’s hairy beard that was some hard work! BUT LETS DO THIS! This week I pushed out my review of […]

Crackdown 3 serves as the perfect example of a game being announced long before it was ever ready to be. First announced some five years ago and originally scheduled for a 2016 release the game has a rather troubled development. Ideas of using the Cloud to power an impressive level of destruction were the big marketing point, so now that the game is finally out, what have we actually gotten? 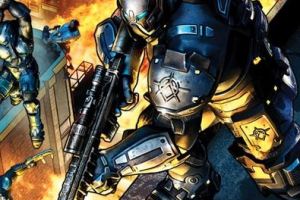 Crackdown 3 is finally happening, Microsoft revealed today. Rumours that the game has been in development exclusively for Xbox One have been swirling for ages now, so the announcement wasn’t a huge surprise, but welcome nonetheless. No gameplay footage shown, but the trailer does show Agents taking […]