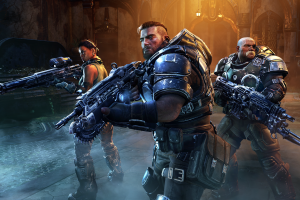 In terms of games Microsoft hasn’t exactly had a great year. While Sony pushed out multiple exclusive games that have garnered incredible critic scores and huge sales numbers, Microsoft have had very little to get excited about. Of course, their planned acquisition of Zenimax could change all of that in the future, but for now Microsoft haven’t had much to offer their players. It’s also a little tricky to pick a game for this category because so many of Microsoft’s games aren’t actually exclusive to their console, typically appearing on PC as well. In fact, the game that I would have selected actually popped up on Nintendo Switch, too, disqualifying it. Don’t worry, though, that game will be appearing later on. So, for this award, I’m including Xbox games that are available on PC, too.

I’m not saying that the pressure of lockdown forced me to the tape my family to the ceiling, but I am saying that I need to repaint my ceiling. Yes, I’m back, back again (and listening to some Eminem) and lockdown is a confusing mess as Boris Johnson says one thing and Wales, Ireland and Scotland say completely different things. Should people go back to work or stay at home? Can you drive places or not? Is being in the park okay or will you get yelled at by the police? Nobody knows! So I think I’ll just stay inside and play more games. Seems like the safest choice, really.

I guess it’s not surprising that a game about slamming huge meat-slabs into cover before gunning down Locus translates so well into genre that’s about slamming into cover and gunning down bad guys. It would be easy to write it off as nothing more than a basic XCOM reskin if Splash Damage hadn’t done such a damn good job of making it feel like a Gears game through and through. The production values for a game within this genre are nothing short of lavish, with cutscenes being up to Gears 5 standards and actual gameplay being able to pass itself off as one of the main games when it zooms into an over-the-shoulder viewpoint. From the stellar sound design to the way special abilities mirror the main series, Gears Tactics feels like a lot more than just some cheap XCOM clone wearing bulky armour and running around with a chainsaw strapped to a gun. 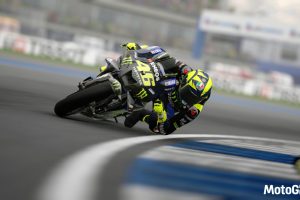 Well, my week is going swimmingly. The madness of lockdown seems to have permeated my brain, hence this week I yelled at a tree, had a random fit of the giggles and spent most of a day wrapped in a duvet eating crisps. But on the other side of the spectrum, my nieces have been writing letters to myself and my parents as a way of communicating. They wrote me a little short story, so I say down and jotted down a four-page tale of them and their parents fighting nasty goblins, including setting one goblin’s pants on fire. Y’know, healthy, wholesome stuff to be telling a 6-year-old about. Anyway, this week I’m chatting about some Playstation 5, the baffling weirdness of levelling up and why Extraction was pretty good. 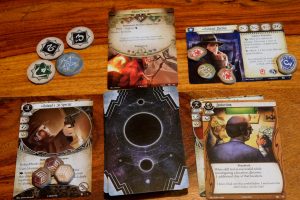 Hello my fellow human beings! How’s lockdown going for you all? Are you managing to stay sane, or have you already resorted to burying members of your household in the back garden? Based on the NHS letter I got I’m supposed to be staying indoors until June, but the way things are going the regular lockdown may still be in effect by then anyway. Thank Odin for games, right? Speaking of which, this week let’s chat about the weird influx of turn-based strategy games!