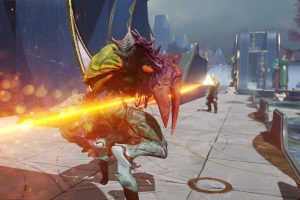 Phoenix Point had an intriguing development before it got launched in late 2019. Julian Gollop was the co-creator of the original X-COM, so its no surprise that Phoenix Point is like a spiritual successor, and a look at what Gallop thinks a modern XCOM game should be. The game’s development came through crowdfunding, but then controversy hit when the developers signed a 1-year exclusive deal with the Epic Game Store, angering fans who had donated money to the project under the belief it would be available on Steam. It was certainly a shady decision, and the developers must have surely known it would rankle their supporters. But for now let’s put that aside and review Phoenix Point, shall we?