There are many games from the Xbox 360 and PS3 generation that never made it to PC but deserved to. For example, despite the pleas of thousands upon thousands of gamers a port of Red Dead Redemption never happened. But when you consider the vast catalogue of titles itching for a PC port Bullet Witch is not something that would spring to mind. This 2006 release was released to fairly middling reviews back in the day, and while it managed to sell a little in Japan it flopped almost entirely in UK. Now, some 12-years later a PC port has been released with absolutely no fanfare, little warning and very little in the way of changes. In other words, this is a game that was made on a tight budget, didn’t do very well and has suddenly turned up 12-years later out of the blue. Okay then.

Batman: Arkham Knight Appears To Be A Mess On PC, Outsourced Development To Blame?

Released just yesterday to critical acclaim Batman: Arkham Knight is already facing massive amounts of backlash as the PC version appears to suffer from horrendous performance and numerous other problems. Most early reviews came from PS4 copies of the game, and some Xbox One code as well.  Indeed, […]

Phantom Breaker: Battle Grounds Review – I Have No Idea What’s Going On, But It’s Fun

The first thing I did when offered review code for Phantom Breaker: Battle Grounds was begin researching what Phantom Breaker actually was using the magical powers of Google. As it turns out Phantom Breaker is a Japanese fighter released back in 2011 which doesn’t seem to have ever made it to our shores in anything other than import form. It’s a little strange that this spin-off has arrived before its own parent, but then the world can be odd like that. What’s odder is that Battlegrounds, which takes the shape of a side-scrolling brawler, actually arrived on Xbox Live Arcade back in February of 2013 and Vita a few months and has only now just gotten to PC. 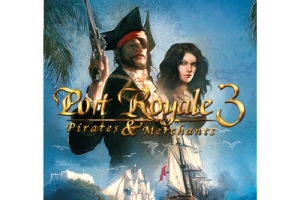 Platforms: PC, Playstation 3, Xbox 360. Reviewed On: Xbox 360 Release Date: Out now! Publisher: Kalypso Developer: Gaming Minds Singleplayer: Yes Multiplayer: No PEGI: 12+ This title was provided by Kalypso Media for review. Frustrating. Patience. Satisfying. These are the three words that I would most likely associate […]

Xbox Live Arcade Title Price: 1200MSP. Might & Magic: Clash of Heroes may be part of the 15 year spanning series, but don’t fool yourself into thinking this is a straight sequel in the series. What we actually have is a standalone game created for the DS originally, […]