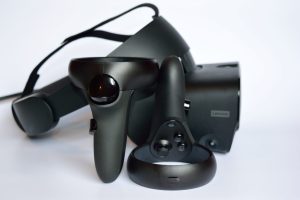 The Oculus Rift S is not the next big Rift that we’ve all been waiting for, and Oculus themselves have been careful not to advertise it as one. No, the Oculus Rift S is…uh. Honestly, the problem is I don’t think anyone is sure what the S actually is. It isn’t an upgrade nor arguably even a refinement as many of the improvements have come at the expense of other features. So, let’s review the Oculus Rift S and try to figure who this VR headset is really for.