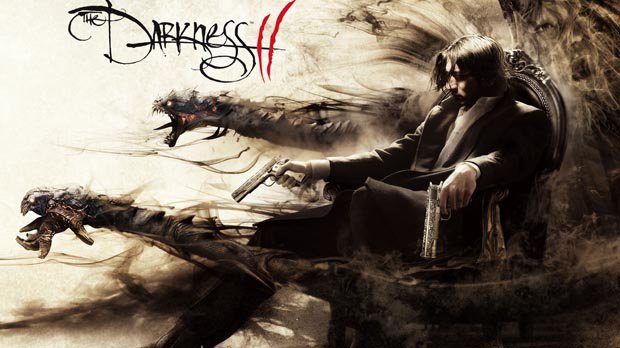 The latest issue of Xbox World magazine contains within its hallowed pages a host of reviews, including The Darkness II and Kingdoms of Amalur: Reckoning, both of which managed to claim great scores. So, what shiny numbers did the magazine hand out and what did they have to say about the games?

Starting with The Darkness II, the magazine opened up by asserting that the game is an absolute bloodbath: “there’s one horrifying kill called ‘Assecution’ where your tentacles a man through his…look, it’s one of the most disgusting things ever. Ever”.

” It revels in vicious,virtual gore like no other shooter of this generation”  The magazine went on to say.

” Although The Darkness II is a far from perfect shooter, it does tell a compelling story that compares favourably to genre greats such as Bioshock, Half Life 2 and Deus Ex. There’s depth and thought here even amongst the New Yoik gangsterism and bloody action. No, it doesn’t tell a delicate emotional tale the way the original does, but the ending will still leave your head spinning, even as the horrific executions have your stomach churning”  The reviewer concluded.

They then delivered their verdict, stating: “a stylish, violent shooter wrapped up in a touching plot and lovely graphic-novel visuals. Not perfect, but deeply satisfying to blast through,” before awarding the game a well deserved 8.1.

We then move onto Big Huge Games and Studio 38’s upcoming action RPG, Kingdoms of Amalur: Reckoning. Xbox World was impressed by Amalur’s combat system, saying: “For an RPG it’s swift and immediate, capturing a natural flow rarely permitted by the genre’s statistical bent”. The magazine was less impressed by Amalur’s world, saying that, “Amalur never convinces as a physical place, its vast world map gradually revealed as a network of conjoined zones”, although the lore of the world, written by R.A. Salvatore, did go down well with them. The magazine delivers its verdict as a 7.8, finishing by saying: “Amalur is a brisk action blast that just happens to last upwards of 50 hours. Not the best world ever built, but a fun place to spend a few weeks”.

Not a bad score for a new series trying to break into the market following the giant known as Skyrim.

But what of the other games weren’t called The Darkness II or Kingdoms of Amalur? Here’s a breakdown of the scores that Xbox World handed out this month: