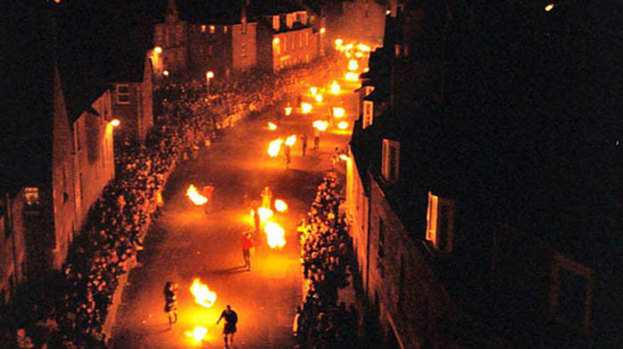 My hometown of Stonehaven celebrating the New Year with our traditional fireball ceremony. FIRE, BABY!

So, it’s now the first day of 2013. Another year has passed to the general surprise of everyone and   the world utterly failed to end, leaving us all to ponder the meaning of life and consider that the reason the Mayan calander ended on December 21st, 2012 was simply because they reckoned that was more than long enough for a calander, and that if they were still around by the end of it they could just make a new one. Or people are just a bit stupid and couldn’t even calculate the date properly, because the Mayan calander didn’t use leap years while ours does, so the actual end of the world date would be sometime in June or July of 2013! I’m just sayin’.   😀

Anyway, the point is a bit HAPPY NEW YEAR to everyone out there! I hope ya’ll had a good one, I know I did! We’ve got another year of gaming ahead of us and hopefully it’ll be an absolute corker, filled with brilliant titles, exciting tech and just a little bit of stupidity, because we all need to have something to laugh at other than funny cat videos.

1: Try and write better reviews! Possibly by actually learnihg the basics of writing , spelling and punctuation, but more likely by re-reading all my Terry Pratchett books and watching too many Zero Punctation reviews before taking wild stabs at it.

2: Continue my trend of being a bit less forgiving with games. I came to the conclusion about half-way through 2012 that I was far too easy on games, mostly because I’m one of those people who tends to find fun in whatever I’m playing. Again, Zero Puncation’s Yahtzee shall help here, although possibly I don’t want to turn into quite such a cynical person with a strange love of yellow.

3: Attempt to get excited for Bioshock: Infinite again. Look, it’s going to be amazing, of this I’m sure, but the hype has been going on so damn long at this point that I’m finding it hard to actually give a chicken McFuckit at the moment – they just shouldn’t have announced it so early, something which applies to a lot of games these days. And yes, there have been delays, but if they hadn’t announced the damn thing so long before release we’d never have known about those delays in the first place.

Right, now I’m off to watch Dredd and the Dark Knight Rises before playing some more Far Cry 3, all while scoffing myself stupid on the 2.73kg jar of fizzy cola bottles I got at Christmas and drinking too much cider. It’s going to be a good day.