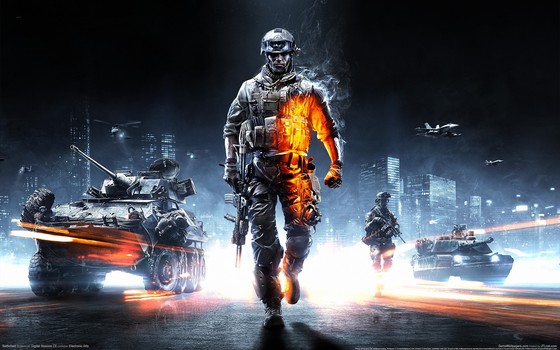 It seems like EA are starting to get the hype train rolling for yet another installment in the Battlefield series, which has a heavily rumoured release date of late 2013, as the CEO of GameStop revealed via Twitter that he had gotten to see the game in action:

“Got to see Battlefield 4 today and all I can say is WOW! Thanks @EA for the sneak peek. Can’t wait for you all to see it.”

It seems unlikely that Raines was the only person who got to see it, so there’s a chance previews for the game will begin to surface fairly soon. With the mysterious Sony meeting scheduled for tomorrow, it’s possible that we might see EA lift the lid at the same time.

Gamers who picked up the recent Medal of Honor: Warfighter will be given access to the Battlefield 4 Beta which is scheduled for sometime in the Fall of 2013.  Battlefield 3 had a beta which took place just a month before the game launched. It seems likely Battlefield 4 will follow the same pattern.