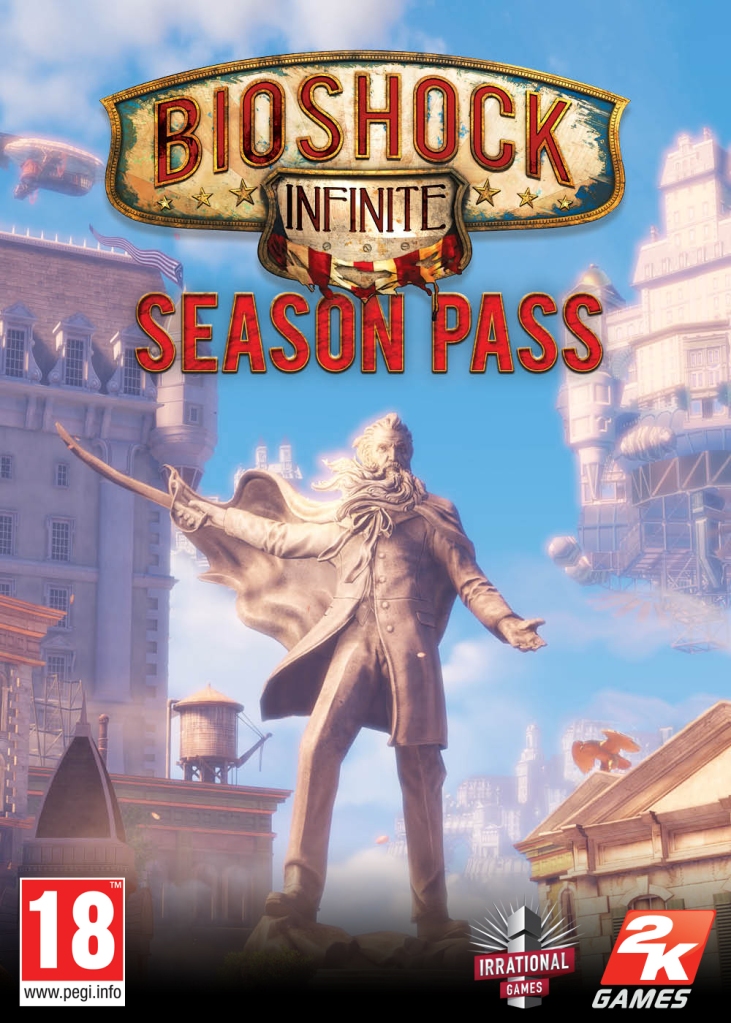 Irrational Games have today sent out a press releasing detail their new season pass for the upcoming Bioshock Infinite. It seems like in this day and age we just can’t get away from season passes. According to Irrational Games now that development of Bioshock Infinite is finished they’ve moved on to producing downloadable content for the game, of which their planning a total of three packs that, “continue the player’s journey in the sky-city of Columbia with new stories, characters, abilities and weapons.”

The season pass will go on sale on March 26th, the planned release of Bioshock Infinite, and will cost of £15.99 or 1600Microsoft Points to purchase. For that you’ll get one of the three DLC packs for free, saving you a total of 30%. Those who choose to buy each pack individually can expect to pay £24.99 in total, or 2400MSP.

In addition if you choose to purchase the season pass you’ll also get your hands on a free Early Bird Special Pack, which contains, “a Machine Gun Damage Upgrade, a Pistol Damage Upgrade, a gold skin for both weapons and five Infusion bottles that allow players to increase their health, their shield durability or their ability to use Vigors by increasing the quantity of Salts they can carry.”

Finally Irrational say you can go ahead and pre-order the season pass if you wish at http://www.preordernow.com/ or any participating retailer, although why you’d want to pre-order a season pass is beyond me.