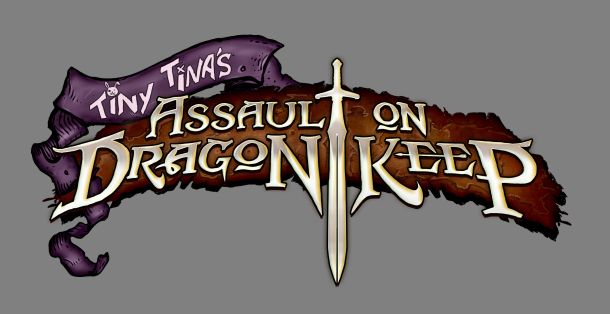 Gearbox have revealed the fourth DLC pack for their loot-fest Borderlands 2 is going to prominently feature everyone’s favorite adorable murderous child Tiny Tina, along with the four original Vault Hunters.

The DLC is based around the idea that Tiny Tina and the four original Vault Hunters are playing a game of Bunkers and Badasses, Pandora’s version of Dungeon & Dragons, and you dear player will be playing as one of the little characters in their game. Tiny Tina herself will serve as the dungeon master, narrating the story and changing up boss locations, loot and more on the fly.

Tiny Tina’s Assault on Dragon Keep will arrive on PC, PlayStation 3 and Xbox 360 on June 25th and will be free to to Season Pass holders, amd  $9.99 (800 Microsoft Points) for everyone else.