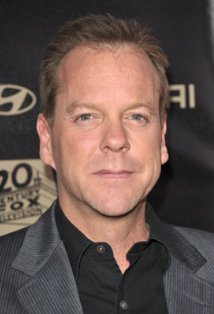 In their pre-E3 press conference held today Konami have revealed that Kiefer Sutherland, star of the massively popular TV series 24, will be taking on the role of Snake in the upcoming Metal Gear Solid V: The Phantom Pain, replacing the much loved David Hayter.

Kojima gave his reasons at the conference, the first being that “I wanted Snake to have a more subdued performance expressed through subtle facial movements and tone of voice rather than words.” presumably inferring that Hayter, for all of his ability, wasn’t suited for mo-cap acting.

“Furthermore, the game takes place in 1984 when Snake is 49 years old. Therefore, we needed someone who could genuinely convey both the facial and vocal qualities of a man in his late 40s.” said Kojima.

As for Sutherland he seems extremely pleased to be taking on the role, admitting that while he isn’t a gamer even he has heard of the Metal Gear Solid series and of Snake. “It’s an honor to be able to play this character,” Sutherland said. “This character has an unbelievable legacy. There’s a real personal quality to the character that I’ve connected to.”

Of course thanks to Kojima’s past hijinks there’s still many wondering if this isn’t all a ruse, citing the fact that Kiefer Sutherland did indeed lend his voice to Metal Gear Solid V, but as another character, Ishmael, during the GDC demo. A few other mysterious Tweets from Hayter have ensured that there’s a lot of people out there unsure as to what’s true and what isn’t anymore.

Let’s not lose sight of the fact that Big Boss was already previously played by somebody other than hayter in the past, so really Sutherland voicing Big Boss this time around isn’t all that shocking.

As for whether it’s all just a ruse, well, all I can is that if it is then I wish they’d just get bloody on with it already.