Far Cry 4 Announced By Ubisoft, Due To Release Later This Year 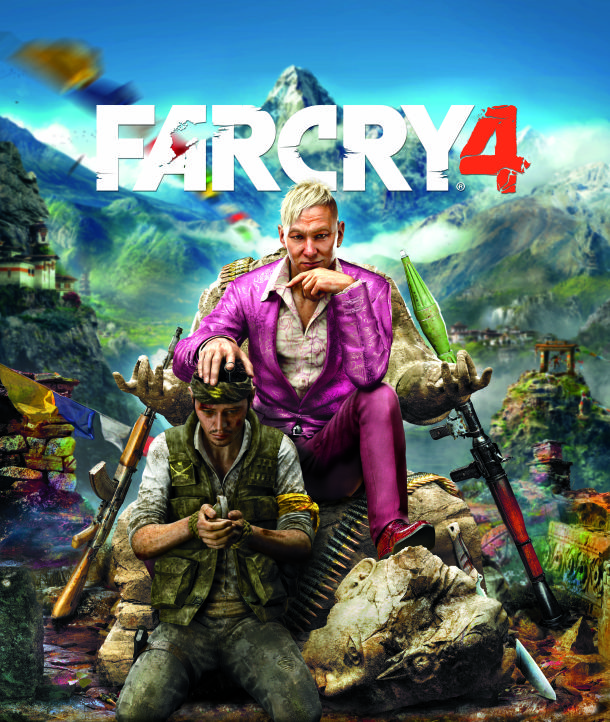 Ubisoft have announced the existence of Far Cry 4, confirming previous rumours in the process. The new game will arrive later this year on November 18 in North America and November 20 in Europe for Xbox One, Xbox 360, PlayStation 4, PlayStation 3, and PC. Sadly that means we won’t get to see what the developers can do with the series while focusing purely on the best tech.

The game will be set in  Kyrat, which is a fictional Himalayan region ruled by “a despotic self-appointed king.” This confirms earlier rumours that Far Cry 4 would be set somewhere in the Himalayas.

The cover art revealed certainly shows a rather…uh, fabolous looking bad-guy whose a Far Cry (God, that was bad) from Vaas, although presumably will have his personality based around a similiar bonkers mindset. It also shows that Ubisoft seem to want to stick with a bright selection of colors.

“Following the success of Far Cry 3, we wanted to take the franchise to the next level and create a game that will surprise players and exceed fans’ expectations,” said Dan Hay, Executive Producer.  “Given the unique setting, we feel Far Cry® 4 will stand out as a top first-person shooter and we’re eager to reveal more about the game in the coming months.”

Details regarding gameplay are thin on the ground, but obviously we can expect the series core to remain, which is to say guns, vehicles and animals. Oh, and outposts. And high places that uncover the map.