Colin McRae Rally Review – Dirty, But Not In A Good Way 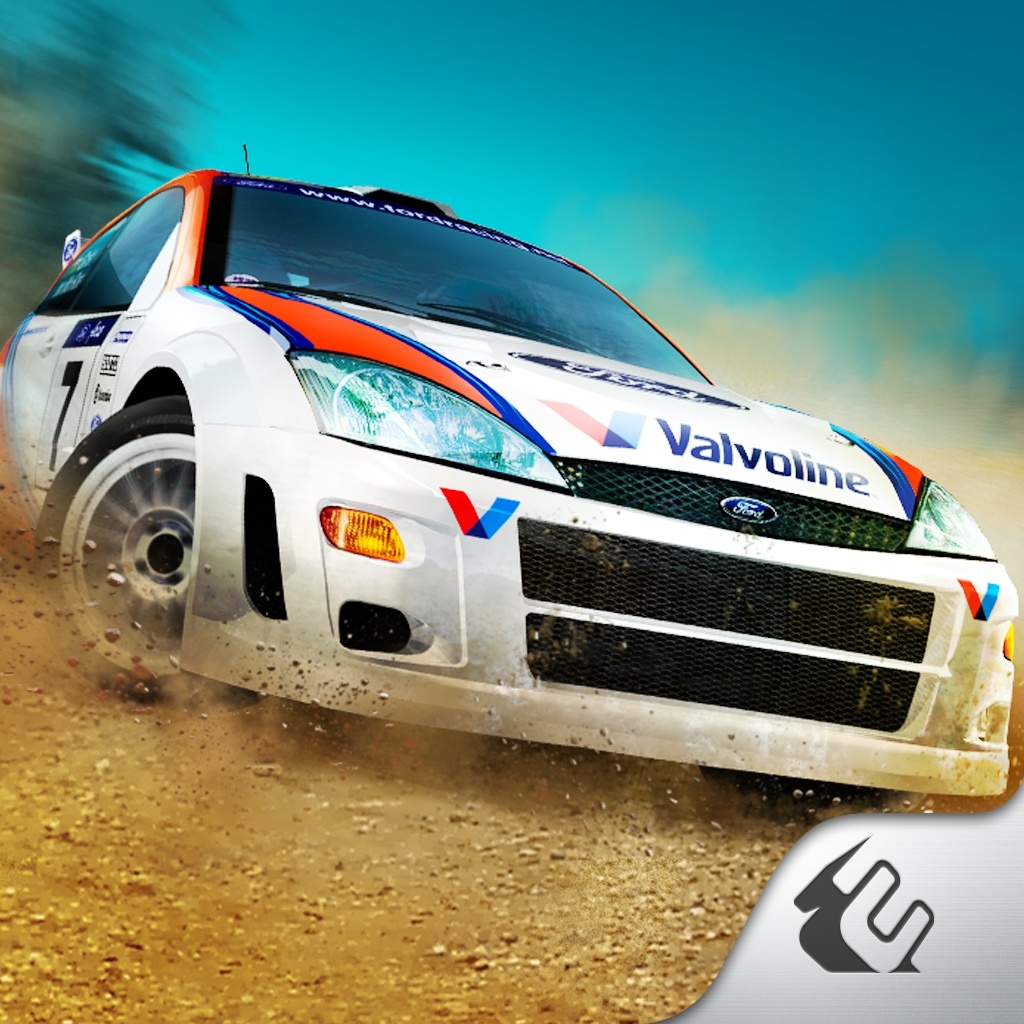 I’ve got a long and emotional history with the Colin McRae Rally series, especially with the first two games, both of which have many happy memories of me and my older brother attached to them. Those two games helped me through some rough times in regards to my Cystic Fibrosis, so naturally when a game seemingly claiming to be a HD remake of Colin McRae Rally unexpectedly arrived on Steam I contacted Codemasters straight away and asked for a review code.

There’s two important things to tackle before we really dig into this game, though. Firstly, despite the name Colin McRae Rally HD ( as it shall now be referred to) is actually based more on Colin McRae Rally 2.0, and not the first game which was released back in 1998 for PS1 and PC. It also uses certain assets from across the entire series. The second thing to know is that this isn’t a HD remastering of the truly brilliant CMR 2.0, but rather a mobile port 2013’s Colin McRae Rally which is described as having “upgraded and tuned content based on the acclaimed 2001 PlayStation title Colin McRae Rally 2.0.”

During the writing of this review Codemaster’s actually changed the game’s Steam description after a torrent of negative reviews from customers who felt cheated, pointing out that while it was never said directly everything on the Steam page was worded to make potential customers think it was a HD remake of the original CMR 2.0, rather than a port of a mobile game that was only loosely based upon the Colin McRae series.

What this ultimately means for us is that Colin McRae Rally HD is missing vast amounts of content in comparison to the original CMR 2.0. Somewhat amazingly given the vast leaps in technology we’ve made over the years this is a far worse game than both Colin McRae Rally and Colin McRae Rally 2.0. How the hell did that happen? With everything we can do now, even on mobile platforms, this should surely have been even better than its namesake, shouldn’t it? Shouldn’t it!?

Visually the game is bloody awful. Yes, it is better looking than CMR 2.0 for the Playstation 1, there’s no denying that, but that doesn’t stop this from being a graphically bland game across the board. Worse, it barely manages to look better than the PC version of CMR 2.0 which was released in 2000. While the car models do look okay, track detail is incredibly poor. Trees, fences and people are all actually simple forward facing sprites that revolve on the spot to face you, and on certain tracks you can spy murky blobs down the track that sprout textures before your very eyes as you drive toward them, revealing themselves to be static backdrops of trees and even entire mountains. Textures are horrendous throughout, and there’s countless examples of areas where the textures don’t even join up properly. There are white lines between them static backdrops and the track, for example. Other problems exist, like shadows that are simply wrong and missing textures.

Indeed, laziness can be found in other areas. The menus are clearly designed to be used with a touchscreen and are slow and awkward on PC. Meanwhile the graphical options are limited to resolution, fullscreen on or off and a whopping two graphical presets: high or low. These options must be changed in a pre-game launcher and cannot be altered in-game. These problems are perhaps forgivable, but what is not is the fact that the original Colin McRae Rally 2.o had a cockpit camera with properly modelled interiors and this mobile port does not. What you get is a cockpit cam where the entire interior is a black silhouette. Not even the steering wheel is visible.

That’s far from the only example of things the original game does better, though. While this “HD” remake (or whatever you want to call it) does allow you to repair your car in between stages, the ability to tweak the suspension, gear ratios, ride height, tires and other things has vanished for no discernible reason. The developers seem to mock this loss by displaying screens that show a map of the upcoming stage which also provides a breakdown of the surface you’ll be racing on, utterly useless information since you can’t do anything about it.

But there must be some good contained within the game, surely? Well, yes. While we have grown accustomed to the more nuanced and detailed  models offered by today’s racing titles, the handling here is decent, although it is quite different to the original game. The developers claim that it’s the “critically acclaimed Colin McRae Rally handling and physics model under the hood”, but if it still exists then it has been tweaked almost beyond recognition. In total there’s just four different cars to choose from, an insult considering CMR 2.0 contained sixteen, but they’ve all got a satisfying sense of heft while still being responsive. However, there’s no progressive steering even when using a controller: it’s full lock or nothing, and that means there’s not a whole lot of subtlety to be had when chucking cars around corners.

There’s some problems with the underlying physics system, though. Hitting a jump frequently resulted in the car going flying into the scenery. Speaking of which while there is damage modelling smashing the car up never seemed to affect the handling.

The meat of the game, though I’m hesitant to describe it as meat, is Championship mode. There’s a total of three countries to tackle split into six rallies, each with six stages on offer, a paltry number  when one thinks of the eight countries that CMR 2.0 gave players. Once you’ve made it through the main championships there’s another four Mixed championships to tackle which simply send you through stages you’ve completed before. Finally an Expert championship is present which involves taking on the previous stages but in reverse. In all fairness, driving the stages in reverse does make them feel almost new.

Let’s just see what else is missing, shall we? Well, night rallies, wet rallies and snow stages are all out, as is Arcade mode. Head-to-head special stages where you compete against another driver on a special circuit are also gone. The ability to race your own ghost in Time Trial has vanished, and that’s because Time Trial has also vanished, as has replay mode. The 9 different countries of the original CMR 2.0 have been thrown out the window in favor of just three here, cutting championship mode down to a third of its true length. Split-screen has also been cut. As for modern stuff, there’s no online multiplayer or even in-game leaderboards, an addition that surely should have been included. Who wouldn’t want to compete with friends around the world for the best time on a stage?

Outside of the main championship your options are to compete in a single stage with a or a single rally in a country of your choice using any of the four cars available.

Ultimately the biggest problem is that Colin McRae Rally HD doesn’t seem to know what it wants to be. It’s clearly not a remake of either Colin McRae Rally or Colin McRae Rally 2.0 since it’s missing vast swathes of content, hasn’t got vastly improved graphics and doesn’t handle like them, either. Nor does it stand up very well as its own game: the handling is okay but the graphics are lackluster, the content minimal and the options one expects in a PC title nonexistent. It’s only saving grace is the minimal pricetag of just £5, and in fairness if you go into it with no expectations of it being faithful to the original then you’ll have a couple of hours of mild entertainment. But that’s not exactly glowing praise, even for a title with such a small asking price.

Maybe the game works well as a mobile title.  I’m not a mobile gamer personally, but I can imagine firing this up on my way to work or on a long journey, and then pretty much forgetting about it. With a Metacritic score of 69 it clearly isn’t a bad game in the context of mobile gaming, but mobile gaming and PC gaming are two very different domains, and taken in a PC context this is just a lazy-ass port.

If Colin McRae Rally HD does one thing well it’s remind us all how much we’d actually love a true, lovingly crafted remastering of the original game, one upgraded to todays visuals. With tender care and  modern mechanics introduced it could be brilliant. This new release bearing the legendary name, however, is utterly uninspiring, both as a game itself and as homage to the originals.

The Bad:
– Looks bad.
– Loads of stuff missing.
– Nothing like the original.
– Badly ported.

The Verdict: 2/5 – Okay
With such a low price it’s perhaps worth a go just for the brief, shallow slice of nostalgia it provides, but the original Colin McRae Rally 2.0 still works on PC and can be bought for the same price. Get that instead.