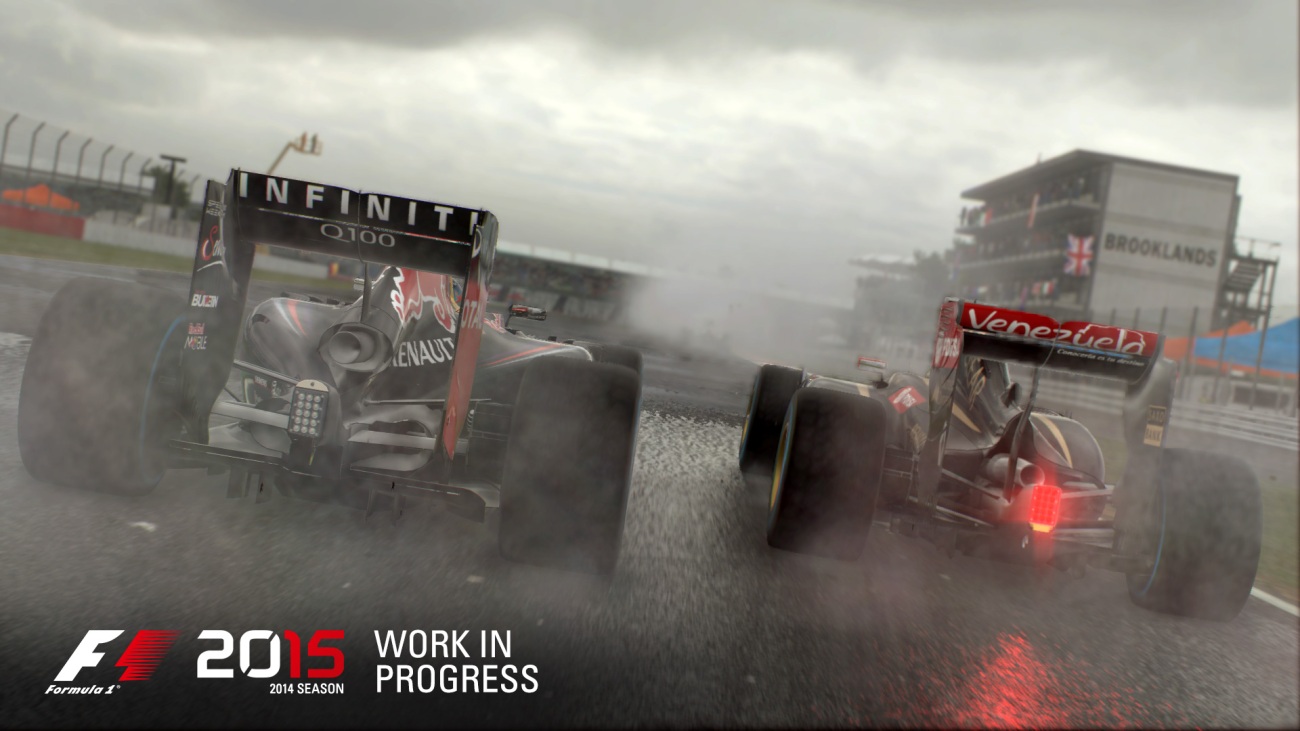 Codemasters have just announced that their current-gen only take on the sport of F1, cunningly titled F1 2015, will finally launch on June 12th for Xbox One, PS4 and PC.

This latest entry boasts a brand new engine that allows for a more detailed simulation.

“The handling is a vast improvement from our previous games. In particular our new tyre model is a superb step forward towards realism, letting you explore where the limit is and allowing you to instantly feel much more connected with the car. You can now experience the changes in grip caused by temperature changes, wear, car set-up, debris and weather conditions.” stated director Paul Jeal in the official press release.

Another new feature will be integration with Kinect and the Playstation camera. Using these devices players will be able to radio back to their respective garages to request race information or even a change of tyre.

“F1 2015 marks an exciting new chapter for Codemasters and Formula One; it’s a shift in direction for the game series, on new formats and our brand new game engine, with the game set to be released earlier in the season, launching this June,” Paul Jeal said.

As an F1 nut I’m optimistic about the new game, and am happy to see some major changes given that the series was starting to drag. Hopefully it’ll at least be more interesting than the first race of the season. That wouldn’t be difficult, though,