Attending Aberdeen’s First Comic-Con – A Tale Of Waiting, And Wonder 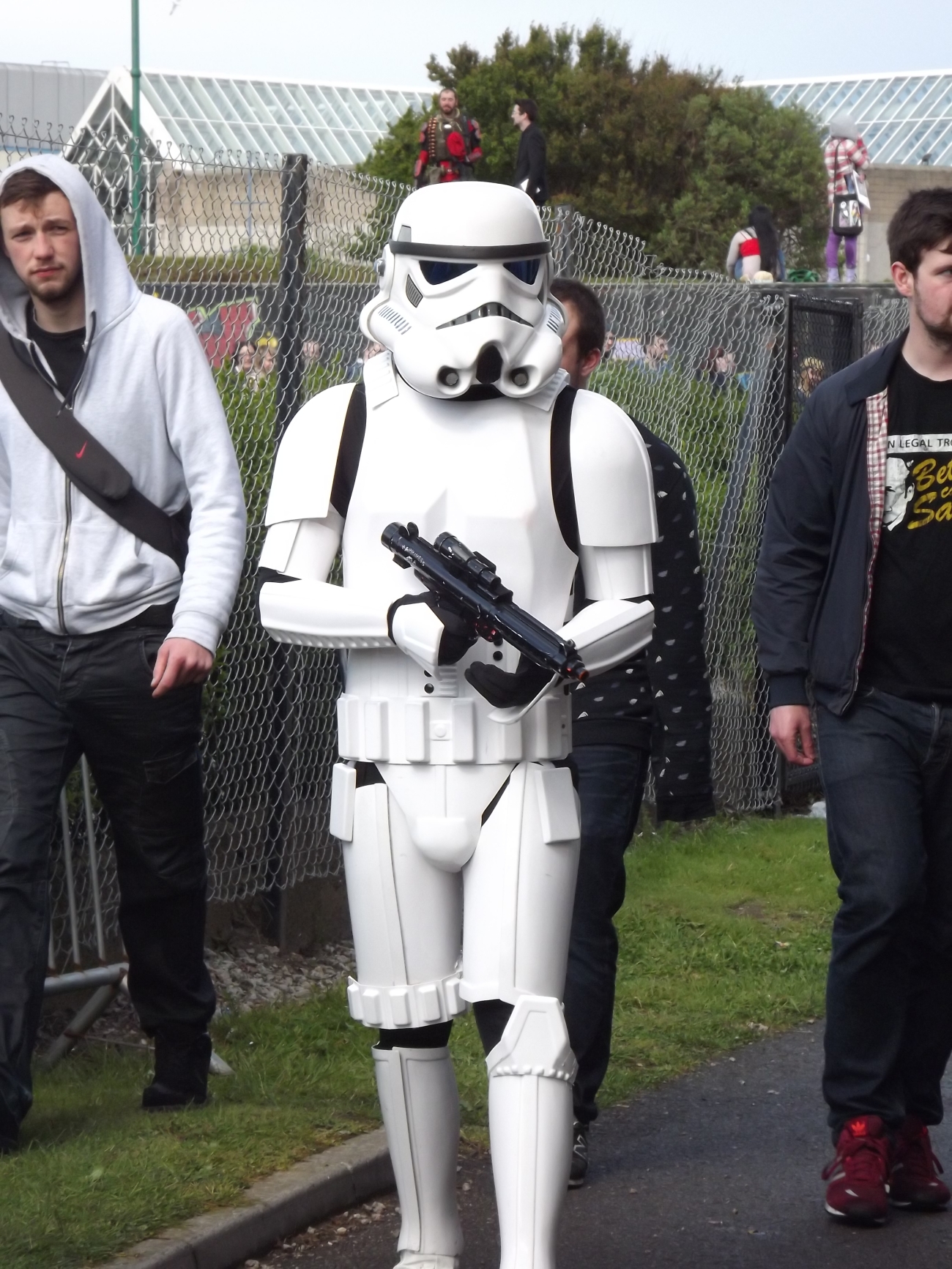 I’m going to take a break from playing the Witcher 3 (and writing the review for it. Yes, it’s coming) to chat briefly about the first ever Comic-Con held in Aberdeen, Scotland, just yesterday, an event I was happy to attend since most conventions require me to travel for at least a few hours, whereas this one was a short jaunt away.

The Con was held at the Transition Extreme skatepark, and was actually a very small event spanning just three rooms. It’s fair to say that the guest list was made up of names that the vast majority of people wouldn’t know. There wasn’t any prominent Marvel or DC writers or artists hanging around that most typical comic fans would know, and only the more hardcore readers would probably have known the guests that attended. That’s hardly surprising because nobody knew how big the event would actually be, and the fact that it was just three rooms indicated that the organisers weren’t expecting a massive turnout. How wrong they were proven to be. Personally, having arrived just a bit late, I ended up waiting in line for about 3-hours. But what a fun three hours as the mood was excellent, despite the consistent blasts of horrid, cold rain that sent little kids running for the cover of their Jedi parent’s cloaks.

I’d be lying to say that the actual contents of the Con were worth that wait from a more objective standpoint. That isn’t to say it was somehow bad because I have no wish to somehow do a disservice to the event, just that there wasn’t much. What was there was lovely; I managed to snag two wonderful prints of Han and Chewbacca, and Spider-Man courtesy of Gary Erskine, plus the first issue each of Interesting Tymes (Dave McCluskey) and City of Lost Souls (James McCulloch and Janine van Moosel). It was a pleasure to chat to the guests, too, who were happy to just sit and talk to everybody coming through.  There were some awesome helmets on display, and plenty of other sweet loot that I mostly had to bypass due to limited funds. What absolutely was worth the wait were the amazing people, and the opportunity to help ensure a future, bigger event that we can all enjoy next year.

And then, of course, there was the many awesome costumes. I’m a little sad that I didn’t manage to get more photos from the day, but standing in line there wasn’t a lot of opportunities, and once inside the building there was only half an hour before the event closed and we were all trying hard to see everything and then move out to make sure absolutely everybody in the queue got the opportunity to get in. Indeed, I have to praise the everybody who was there for their willingness to cut their own time a little short to ensure everybody could enjoy themselves. But I got a few snaps, and admired many more wonderful cosplays. Check out the limited shots I did get in the gallery here, and ignore how crap I am with a camera.

The part I’m saddest about was missing the cosplay parade. The parade was moved forward by a few hours, which caught a lot of us out, but even if it hadn’t been I would still have been in the waiting line as it took place. I would have loved to see some of the epic costumes going around, including an awesome Iron Man.

So, who were the guests? Well we had Shane Rimmer, probably best known for being the voice of Scott Tracey in the original Thunderbirds and also appeared in  Dr. Strangelove, Doctor Who, Captain Scarlet, Joe 90, UFO, The Persuaders, Rollerball, Space: 1999, Star Wars IV: A New Hope, Gandhi, The Thunderbirds,  Superman, Superman II, Superman III, Whoops Apocalypse, Coronation Street, Batman Begins and many Bond movies. Then there was Alan Grant who might be best known for his work in the Judge Dredd comics. He also created several Batman characters (including serial killer Zsasz) and was a main writer on the Knightfall crossover event. Paul Blake was also there, the man who played Greedo and also the man who has probably been asked who shot first so many times that he’s considering actually just shooting people first who ask the question. Next up is Monty Nero who modern comic fans may know as he’s just away to begin work on the Amazing X-Men, and then The Hulk later this year. He also helped create Death Sentence, a brilliant series where those who gain superpowers have a mere six-months left to live. It’s well worth checking out. Nick Brockenshire is from Aberdeen, so it was cool to see him back  He’s currently working on Amelia Cole. Gary Erskine was happily sketching away all day and signing work, and what a talent he is! His artwork is wonderfully vibrant and energetic. He’s worked on Judge Dredd and numerous Star Wars comics for Dark Horse, plus other licensed comics like Star Trek and Doctor Who.  The last guest was Jim Alexander, who runs Planet Jimbot and has created Wolf Country, Savant and Gabriel. Pretty good line-up, no?

The event clearly wasn’t without problems, then. The small venue meant that only a limited number of people could be inside at any given time, and since there was such a massive turnout that meant time-consuming lines. But for the city’s first ever Comic-Con it was magical. The people were beyond friendly (thank you very much to the people in front of me happily handing out Haribo sweets. I never got your names, but you made the wait so much more enjoyable) and willing to chat, joke and have fun. The cosplayers were marvelous, and were more than willing to pose for and with anyone who wanted a picture. As for the people running the event, despite being overwhelmed by the response of Aberdeen they were uniformly outstanding, chatting away and helping everyone who needed it.

And that’s what I take away from the event; the people. The guests, the staff and the fans were simply astonishing, creating a warm, friendly, fun atmosphere. The great thing about an event like this is knowing that everyone around you is here for the same reason, because they like “geeky” stuff too It’s nice to feel like a part of something big. For a first event I don’t think it could have gone much better considering how overwhelmed the actual venue was, and I was proud to be a small part of it. In fact that the organisers struggled is really the biggest compliment of all, because despite how well it was run, and nobody can argue that the organisers did a great job, the reception was just so vast and impressive that it brought the venue to its knees. It makes me incredibly excited for next year. With so many people turning up there will surely be even more artists and writers willing to partake, more stalls to check out and more awesome costumes. Who knows how big it could grow?

We live in a weird time where liking things such as comics, Star Wars, sci-fi in general, costumes, props and more are actually fashionable, in an odd way, a far cry from when I was kid growing up and struggled with my love of videogames and superheroes. It’s not something that has to be hidden, and you see loads of people running around wearing Star Wars shirts or videogame merchandise and other stuff. Yet weirdly they aren’t even very into that stuff, it’s just a fashion statement. Geeks are part of the mainstream now, and while that can sometimes be bad it also means the chance to have events like this, for those of us who are passionate about traditionally “geeky” stuff.

We geeks ain’t hiding no more, we’re here to stay, we’re standing proud. And Aberdeen’s first Comic-Con showed that there’s a lot of us. Get ready, world.