I Play Board Games Alone, And That’s Okay 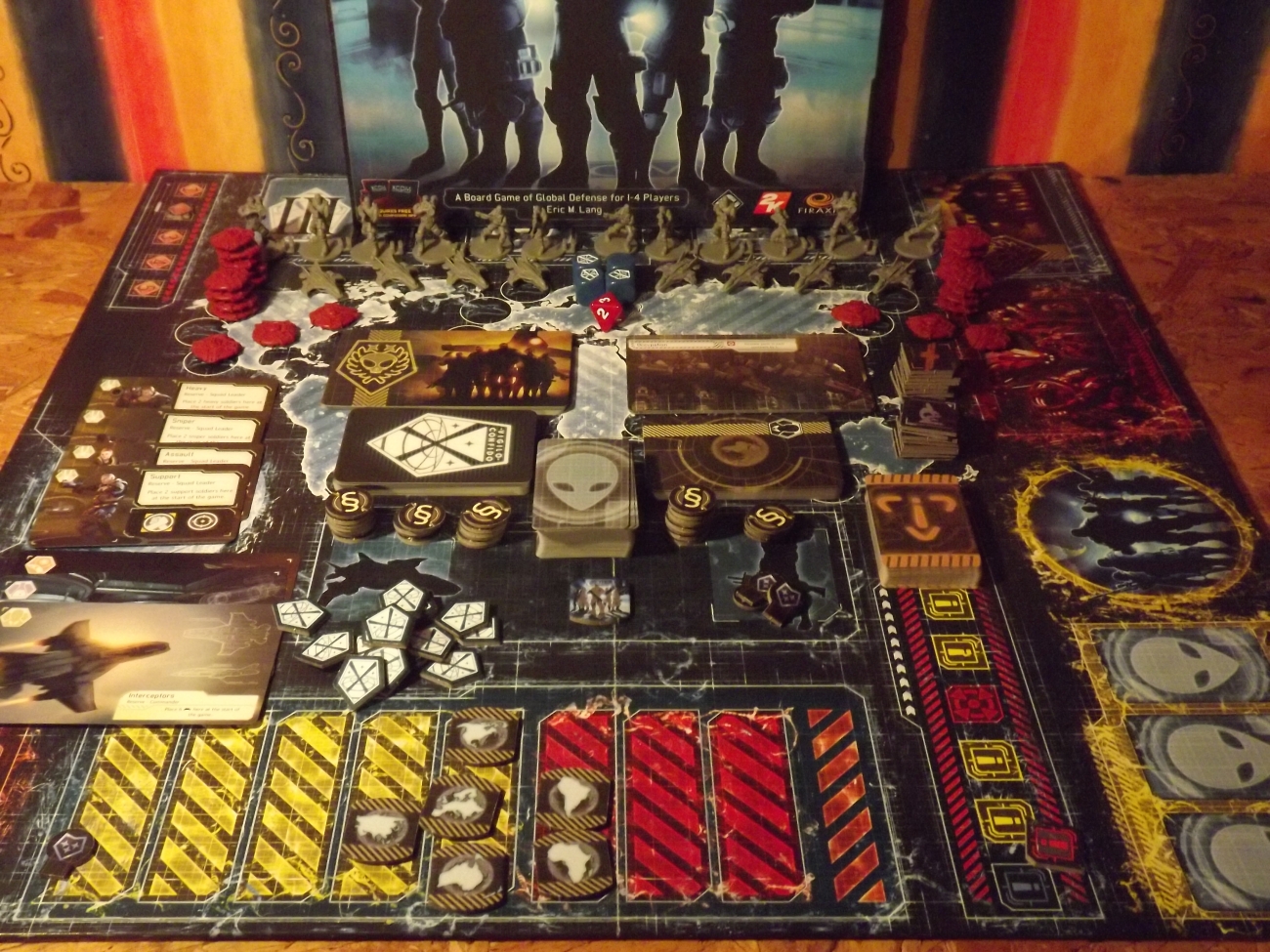 Just recently I published a review of XCOM: The Board Game which focused on what it was like to play the game alone. The review is part of an ongoing series titled Single-Player, which as the name implies is all about checking out games that can be played solo and with friends, because for a lot of people getting people together to play a tabletop game can be an infrequent event, leaving those expensive games gathering dust in a cupboard. This is a problem I have quite a lot; I’ve got friends who enjoy playing board games, but trying to actually get them together with any type of regularity is incredibly challenging. The review garnered a lot of attention, especially when the official XCOM Twitter and Facebook pages decided to share it with their fans. It was a cool moment, for me, watching all the comments popping up chatting about the game, discussing its mechanics and merits. But one thing did stand out; the few comments that made fun of playing a table top game alone. There’s still a strange stigma surrounding the idea of sitting down and playing something like XCOM: The Board Game or Robinson Crusoe alone, despite them clearly having solo modes listed on the box. Hell, designers will now frequently build games to work just as well when played alone as they do with a group. So what exactly is the problem?

It all stems from the simple idea that board games are traditionally viewed as a social activity, something in which numerous people gather around the table to partake in. All the well-known games like Monopoly, Scrabble, Chess and Checkers all need at least two players to work, and for most people these are the main games that they know, probably through childhood. They have little knowledge of the extensive and impressive array of tabletop games that now exists, of the complex and elegant mechanics that power them and the compelling themes that are woven into them. Their experience comes from family gatherings to play Monopoly, possibly at Christmas because that’s just what you do. It’s this limited knowledge that leads them to one conclusion; board games and tabletop games are meant to be played by two or more people. That’s just the way it is. Playing alone is seen as something sad and pathetic, only done by people with no friends and no social life outside of their parent’s basement. Yet when you stop and consider this, it makes absolutely no sense; we play videogames alone all the time, engaging in campaigns that can consume hundreds of hours of our lives and deem that perfectly acceptable. Hell, there are forums filled with people who are proud to have sunk hundreds of lonely hours into Skyrim or the Mass Effect trilogy.  We immerse ourselves into books by ourselves, turning page after page after page, inhabiting an imaginary realm within our own minds. We watch movies alone, perhaps enjoying a good horror flick or munching on popcorn as Fast & Furious 29: The Need For Less Speed plays on the screen. In today’s society we are both more socially connected than ever, and at our most socially inept, the rise of smartphones letting us chat to each other all the time, while struggling to talk to the friends sitting around the table. So why is playing a tabletop game on your own not the same as reading a book or enjoying a videogame?

The blunt answer is that videogames began life as a solo activity. Multiplayer wouldn’t come along for a while, so it was entirely expected that you would plonk down on a seat, fire up a game and enjoy it by yourself. Split-screen would arrive eventually, but gaming was still primarily a solo experience. Even now videogames that focus entirely on multiplayer and don’t include a singleplayer element are often frowned upon, such as the recently released Star Wars: Battlefront. It’s absurd, really, because if a videogame can be singleplayer only and people can become irate at a multiplayer element being tacked on, then a game should be able to focus on the multiplayer without tacking on a singleplayer portion. But back on topic.  Books, of course,  can only be read by one person, although you could  aloud to others, I suppose, or have a group try to huddle around and argue when to turn the page. It’s hardly a graceful way of reading. Movies, though, were a little different since they began life as a social activity, the cinemas screening them playing host to dozens or even hundreds of people. Eventually, though, movies could be watched at home in the comfort of one’s living, and thus now movies are accepted as both a social experience and something that can be enjoyed alone at home with a beer in hand a bag of popcorn.

Tabletop games, on the other hand, began life as something for two or more people, and the idea that they can be played alone hasn’t entered the mainstream conscience, largely because tabletop games in general still aren’t part of the mainstream consciousness. If people only knew the breadth of games out their, they’d probably understand how they can be played alone, and why it’s such an appealing option. If they only knew that you can survive desert islands, battle alien invasions, fight horrific plagues and scour the ‘verse for jobs.  Board games (or tabletop games, if you prefer) are enjoying a fantastic resurgence, but while most people watch movies from a wide variety of genres, read books that tackle many different topics or play videogames with fantastic mechanics all the time they still think that board games have not progressed past collecting some cash for passing Go.  As I’ve previously discussed, there’s really no better time to make the jump into the world of tabletop games. There’s something for everyone out there right now, from wonderful licensed games like Firefly the Board Game or XCOM: The Board Game or the enthralling sense of paranoia that the licensed Battlestar Galactic game creates to titles that simply feature astounding mechanics like Pandemic. New players can enjoy stuff like Ticket to Ride, Munchkin, Elder Sign and much more, all of which offer simple ideas that can be easily grasped, acting as a great gateway to more complex games.

As someone who plays videogames all the time, and spends massive amounts of time embroiled in epic singleplayer campaigns, it baffles me that people would see sitting down to play something like XCOM: The Board game solo as being any different to sitting down and playing XCOM: Enemy Within solo. What, really, is the difference? Sets of interweaving mechanics coming together to bring us a compelling experience. One just happens to involve staring at a screen while hammering on a controller or keyboard and mouse, while another involves dice and cards and tokens. But why should one be deemed unacceptable to play alone and the other not? Who decided that, and why? What’s the point? There are lots of board games that can only be played with two or people, but there are also numerous examples with solo modes, too.

As tabletop games hopefully grow in popularity and take up their rightful place beside videogames, and they really should since they are essentially family, then with luck people will begin to come around to the idea of playing a board game alone, because it isn’t some sad activity. Quite the opposite; it can be peaceful and relaxing, a bit like doing a crossword puzzle or watching a favorite movie, or it can be surprisingly exciting. God knows how many times I’ve talked loudly to myself, planning out moves and snarling in anger as things go wrong. Equally I can’t count how many times I’ve wiled away a few hours quietly enjoying Firefly: The Board Game. This is a damn good time to get into board games, and if you can’t convince some friends to give it a whirl then don’t feel ashamed to head to a local shop and pick up something that can be played solo, or check out one of the many articles or videos that chat about the best singleplayer games out there. You never know, after playing them alone a few times your friends might come around to the idea and join you.