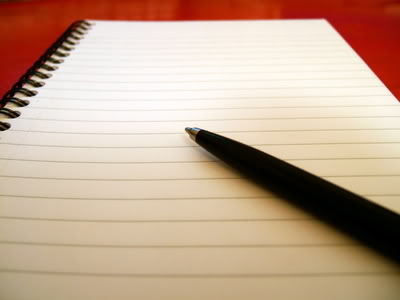 So, I don’t usually do updates like this but I just wanted to let you all know what is currently going on in the world of Wolf. Simply put, my computer is currently dead.

Last week it started acting up and then died completely. I won’t bore you with the symptoms, but suffice to say I went through a lot of potential solutions and then eventually stripped it down part by part in order to locate the fault. I narrowed it down to being either the motherboard, a MSI X370 Titanium, or the Ryzen 5 1600 CPU. Both aren’t even a year old, and neither is even fully paid for yet. I’m pretty sure it’s the motherboard at fault, although I can’t be completely certain. I think it’s the more likely option, though.

Anyway, I had to contact the company I bought it from and send it back. It got collected back on April 21st and the fault was a few days before that, so I’ve been without my beloved rig for just over a week and as sad as it sounds I think I’m going a bit crazy. I had a Dead by Daylight addiction going, so its been like going cold turkey, and reviewing the latest batch of games is my main driving force for the day, a goal to achieve. With my rig down I’m pretty limited on what I can do at the moment, and according to the company it can take up to 21-days for testing, and funnily enough by that point the CPU won’t be in warranty with them anymore so if the motherboard turns out to be fine I’ll have to try going to AMD directly.

I’m a poor Scotsman, I’m afraid, so I can’t afford to run out and grab a new motherboard until I know for certain what’s going on, so that means there will be a slow down on reviews. I’m in the middle of doing Starship Corporation and the surprise PC port of Bullet Witch, but it’s slow going as I’m having to borrow a family computer for a couple of hours at a time, and the hardware is fairly old. I also wanted to cover Frostpunk, so I’m still planning on doing that as soon as my computer is back up and kicking. In the mean time I’ve got reviews for two board games (Peak Oil and Raptor) coming soonish, and Sennheiser are sending over the GSX 1000. I’m also trying out the Roccat Horde Aimo, an intriguing keyboard that’s something of a puzzle to write about.

The extra time has at least let me catch up on some movies, and some games I missed. I’m having a blast with Just Cause 3 on the Xbox One, even though the performance is bloody awful. I’m also going to be replaying Red Dead Redemption, and I’ve rediscovered the joy of Theme Hospital.

I’m hoping to be back up and running soon, and to that end I’m eyeing up the Asus Crosshair VI Hero motherboard, assuming I can raid enough piggy banks. Or maybe I’ll send my nieces? That’s still legal, right?

As always thank you guys so much for the views, the comments and the likes. It’s because of you I get to play so many interesting games and check out  cool tech, and for that I am eternally grateful.