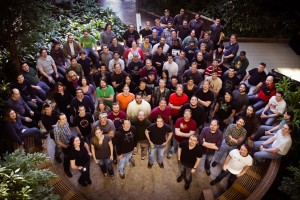 Bethesda Are Finally Moving On From Skyrim

Bethesda have revealed via a post on their blog that after a year and a half of working on the Elder Scrolls V: Skyrim they’re finally moving the bulk of their team on to the studios next project, meaning there will be no more major new content added […]

Just days ago Peter Hines of Bethesda hinted that an announcement regarding Skyrim’s first DLC would be coming today. As you would well expect this sparked a massive Internet debate as to what this DLC would be, but Peter Hines was also quick to tell us not to expect […]

Skyrim DLC Details And Release Date To Be Revealed This Week?

Let’s face it, gamers are not a patient bunch. The constant stream of crappy DLC released just weeks or even days after a game’s launch has resulted in the current generation of gamers have less patience than an angry man stuck behind an old woman driving a Skoda. […]

Another Patch Incoming For Skyrim, Set To Fix Everything The 1.2 Update Broke

Dragons are truly majestic, terrifying and entrancing beasts. Rulers of the sky, few can hope to meet this huge beasts in combat and live to tell the tale.  They swoop through the sky raining down…..wait, is that one flying backwards!? It’s fair to say that Bethesda’s 1.2 update […]

Bethesda have finally stopped slavering away on Skyrim long enough to pay attention to fans, leading to the announcement of Prey 2. “We are thrilled to be working with Bethesda on Prey 2,” said Chris Rhinehart, project lead. Prey 2 will provide gamers the opportunity to explore a […]

At long last it’s over, the time has come and we can finally announce the existance and the release date for the Elder Scrolls V: Skyrim along with a teaser trailer to get you excited. Skyrim itself has been rumoured for the past two years with numerous hints […]

Elder Scrolls V could be coming….

Eurogamer Denmark has reported that Bethesda are working on a new Elder Scrolls game, something that fans have been patiently awaiting for five freaking years. Eurogamer Denmark claimed that “a source” not only comfirmed the game, but also showed them official documents relating to the game. They also […]

Here we have a review of Fallout 3 from CrymzenAssassin who is going to be writing reviews for Wolf’s Gaming  Blog and raiding our fridge. Bethesda, the company that gave us the ‘oh so epic Oblivion’ acquired the rights to the classic Fallout series on April 9th 2007,not […]