IO Interactive are back with the final chapter in their World of Assassination trilogy that began back in 2016 as an experimental episodic game. While it’s a tad sad that IO Interactive are leaving Hitman behind, at least, for now, they’re moving on to create a 007 game which I can’t wait to see. So, with Hitman and Hitman 2 being some of my favourite games…well, ever, how does Hitman 3 stack up? Is this the big send-off myself and millions of people were hoping for? Or is a bit like those assassinations that go horribly wrong and end up with you cowering behind a wall?

Agent 47 returns in controversial fashion as Square Enix implement a bold episodic plan for one of their biggest licenses, something which we’ll discuss later in this review. But for now we have a taster of what is to come, enough to get a handle on whether IO have managed to bring their iconic character back into the favor of gamers after Absolution, a title that I personally really enjoyed but is often cited as being much weaker than fan-favorite Blood Money. Simply titled Hitman this fresh approach to selling a triple A game could be seen as a soft reboot of sorts, one that could potentially be the herald of big changes within the industry if its business model succeeds. There’s a lot riding on this, then, so is it any good? 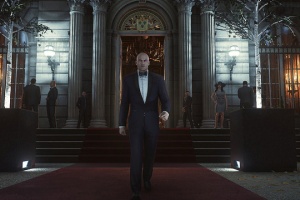 EDIT: it appears the crashes may be due to AMD’s drivers, as rolling them back to a previous version has allowed me to play the game. Hey folks, I’ve been looking forward to the launch of the new Hitman game for some time now, even despite its […]

IO Interactive’s new Hitman game, which will launch in March 2016, has already created a lot of confusion and controversey. The developers announced that rather than releasing the full game they’ll instead put out a chunk of the game to begin with, and will then gradually add more […]

IO Interactive have announced that their new Hitman game, which was due to arrive in December of this year for Xbox One, PS4 and PC, has been delayed until March 2016. “We’re going for a new release model where we put out a good chunk of the game […]

No Hitman At E3 This Year, But The New Game Will Have A Building Larger Than Any Location In Hitman Absolution

In an open letter to to their fans IO Interactive have stated that they will not be showing off their new Hitman game at E3 this year, choosing instead to wait until they feel its ready to be unveiled, which I commend them for in an age where […]