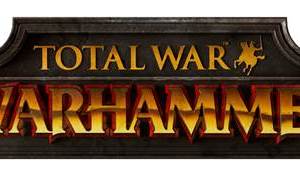 Total War: Warhammer Announced, Set to Be A Trilogy

The existence of Total War: Warhammer has been a poorly kept secret for some time now. It seems that SEGA and Creative Assembly have come to this very same conclusion, officially announcing the game while admitting in the press release that the announcement has come a bit earlier […] 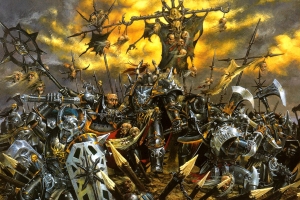 Though we’ve known that Creative Assembly and Sega have been working on something involving the Warhammer license since 2012, when they signed a deal to create several titles based in the universe, it’s still nice to get some extra confirmation. A Total War Center.net user going by the […]

Blood Bowl 2 Announced For PC, Xbox One And PS4

The violent, beautiful, gore-filled sport of Bloodbowl is getting a sequel. Announced today by Focus Interactive Bloowbowl 2 is set to arrive Spring 2015 on PC, Xbox One an PS4. For those a tad to young or not of the geeky persuasion Bloodbowl began life many years ago […] 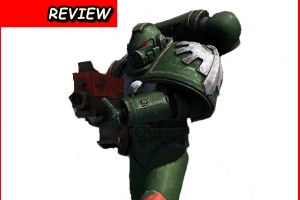 Warhammer 40K: Storm of Vengeance Review – It’s A Storm Of Something, Alright

Lets face it, the Space Marines of the Warhammer 40k universe are pretty badass, but they’re nothing compared to the sheer awesomeness of Chaos, whose soul desire is carnage, blood and more carnage. So it’s good news, then, that THQ have just released the brand new Chaos Unleashed DLC […]

A few days ago I posted up a preview of THQ’s upcoming Warhammer 40K: Space Marine, which puts you in the power armor clad boots of one Captain Titus of the Ultramarines as he purges the Ork (and Chaos) forces that are invading an Imperial Forge World. Needless to say, I […]

The biggest problem when creating a game such as Warhammer 40K: Space Marine is trying to ensure that the massive Warhammer lore doesn’t simply bury a newcomer  that’s unfamiliar with the universe under a pile of incomprehensible  names and references. And yet you need to keep the hardcore […]

Xbox Live Arcade Title. Price: 800MSP Singleplayer: Yes Co-op: Local Only. Multiplayer: No. (Title provided by the publishers free of charge for review) With a name like “Kill Team” this game could only ever be a bloodbath, and with the Warhammer license in there as well it could only […]