From the outside Mechs & Mercs has a lot in common with the fantastic XCOM: Enemy Unknown, featuring permanent death and promising strategic gameplay, all while being in control of a company of space mercenaries. As the commander of the titular Black Talons it’s your job to lend aid to an independent system under siege by the Tzanar Union. Sounds cool, right? Nope. Though Mechs & Mercs may hold much promise in its own premise it struggles to deliver compelling gameplay, providing lackluster at almost every turn.

A space ship known as the Paladin acts as your base floating high above, containing a hanger, command centre, barracks, mech center and blackmarket. New troops must be recruited to replace fallen comrades who died sort of valiantly on the field of battle, pilots assigned to mechs and contracts examined and accepted. There’s none of the depth that XCOM offers, though; a few basic upgrades lets you bump up the amount of weight your dropship can carry when deploying troops on a mission or even launch a small planetary bombardment. It’s all simple, dull stuff, and it’s on this lifeless ship that you’ll most strongly note the game’s weak presentation. Character’s look horrible and blocky, lacking in detail. Once you get onto the battlefield there’s little improvement. The visual design is bland, while the animations are clumsy. The audio isn’t any better with a generic soundtrack and questionable sound effects that fail to create a sense of battle. These are at least forgivable sins given the independent, budget nature of the game.

The general gist of the gameplay is that a dropship lands containing whatever assortment of squads you’ve selected for the task at hand, dumping you and your troops into the mission zone before departing for the cruiser parked in orbit. The landing ship can return after a timer runs down, allowing you to call down more squads, though you are limited by how many you actually have available at the cruiser. New landing zones can be captured in order to drop new troops nearer to the action, and also provide an area for you to heal up and reinforce existing squads, something which cannot be done anywhere else. Resource pumps also need to be grabbed as you advance through the map, granting you Command Points needed to construct some of the basic defenses that engineers can bring to the field and get reinforcements.

Troops are all ordered about in the typical RTS manner, with the left click used to select squads of men or mechs and the right-click being used to send them to their doom or glory. The typical base construction and resource management normally associated with the genre are abandoned here in favor of focusing on moving your warriors, thus Mechs & Mercs has more in common with Dawn of War II and even Company of Heroes 2, to a degree, anyway. There’s a few types of objective to tackle, and due to your nature as mercenary company you can select which contracts you take on, which in turn also affects a simply ally system where you can woo your chosen faction. Some missions involve blowing up AA turrets and others have you defending civilians as they try to evac.

Being a tactical game cover plays an important part, giving those cowering behind it a defensive bonus big enough for them to repel stronger foes, but it’s in this simple yet important aspect of the game that everything begins to crumble. For starters cover can be somewhat difficult to determine; while you might imagine the edge of a container or even a huge log strewn across the ground as being perfect cover for your army the game does not, nor will it class other things as protection when it surely should be. Meanwhile some pieces of cover are only classified as cover from one side, a ridiculous design decision that goes against every instinct you may have while playing. Take charging a large ramp as a prime example; as your troops slowly advance on the enemy who are hiding behind barricades casualties are severe. Once you finally overwhelm the position you discover that your own squads are unable to use the barricades as cover in order to better fight the enemy, because the game only registers the other side as cover. Finally, with such limited cover options on the battlefield the game feels less tactical and more like a case of simply placing troops where the developers have ordained.

For a game claiming to be a strategic RTS there’s not much strategy going on. Level design has a horrendous habit of limiting you to a single, narrow route that, when mixed with the mission design, means you’re usually either assaulting heavily defended positions or repelling attacks. This leaves a mere three viable tactics depending on the situation: throw your troops at the entrenched position with heavy soldiers leading the way or tempt the foe from their position with a light unit, or just pile your lads into the two or three pieces of cover and gun down the incoming enemy. That’s really it. You can’t flank the enemy or ambush them, or even send out scouts to plan an attack. There are suppression systems in place, though they seem haphazard, and there’s a hefty damage bonus for catching the enemy in a crossfire. Other than that the only thing to truly consider is where to place one of the four basic defenses engineers can toss out, most of which need serious rebalancing to make them useful, plus a few special abilities. Oh, and you can make soldiers crouch. Don’t forget that.

The pace also feels clumsy. If squads die in the field then they are gone permanently, along with their gathered abilities and experience, thus encouraging you to take your time as the loss of a veteran squad can be painful. New squads must be hired to replace any lost while you’re visiting the cruiser between missions. This is perfectly fine and creates a measured pace, again perfectly acceptable for this style of game. However, squads that have not been entirely destroyed by the enemy can be brought back up to full manpower by moving them back to a landing pad and hammering away on the reinforce button, paying a cost in Command Points per man. What this creates is a strange tempo where you inch your soldiers forward, since there’s little more to do, and then quickly retreat once they lost several members, commanding then all the way back to a landing pad before reinforcing them and sending them back into the fight. The enemy can’t do the same thing, thus destroying their defenses is a case of grinding your troops into mush into a breakthrough is made. This forces a slow, laborious pace.

You’ll face a lot of other problems, too. The A.I. if your squads is  horrendous with individual members wandering away from their squadmates toward the enemy for no reason, or entire groups ignoring commands to get into cover, advance or retreat. naturally result in squads being decimated in mere seconds, and thus such issues can result in restarting an entire mission just to get back a veteran squad unfairly taken away from you. Squads will often fail to enter cover correctly, leaving a few members standing around in the open, and I also encountered an annoying issue where a few members of a squad would mingle with another group, and thus when quickly box selecting the second group I’d end up getting both squads. The enemy, meanwhile, have even poorer A.I. which seem capable of only staying behind cover, milling about or walking straight toward you. 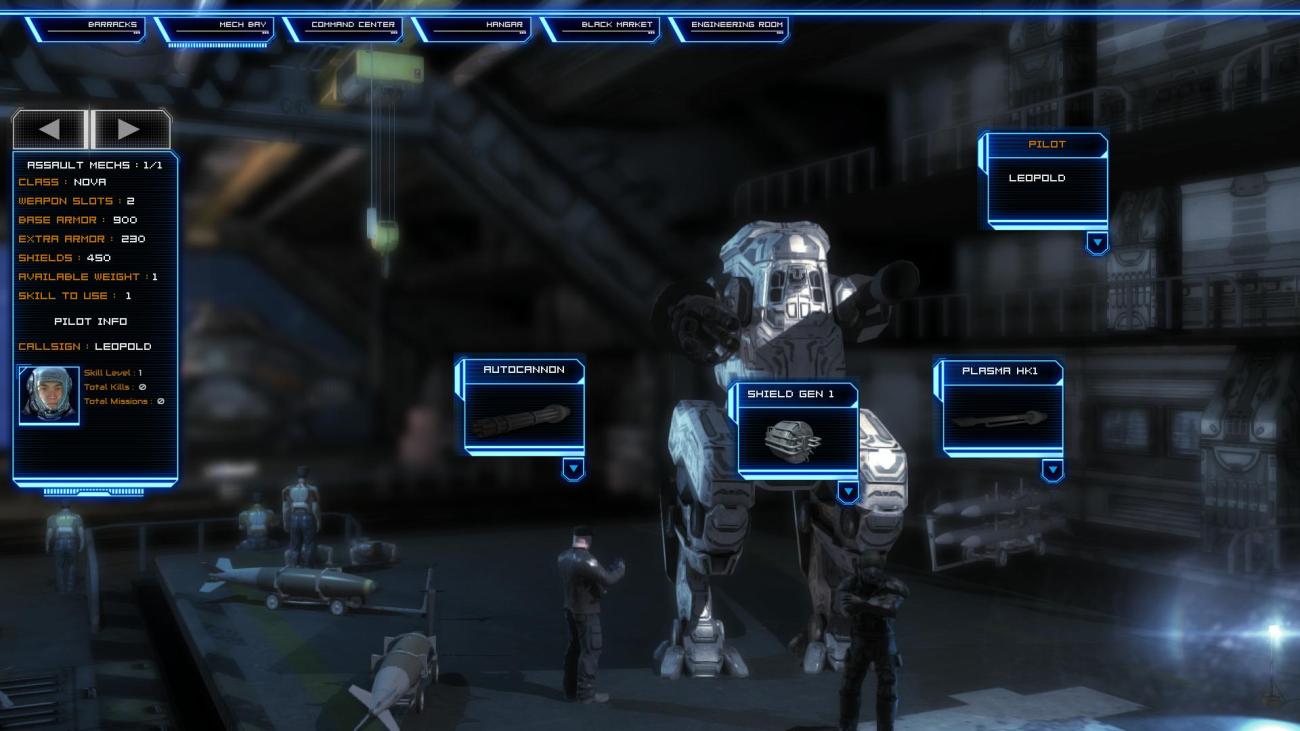 Balance is also a problem. Because assaulting heavily defended areas at the end of narrow paths and bridges is a common part of the game Heavy squads dominate as they can soak up punishment whilst dealing with more than one enemy squad at a time. Even medium squads aren’t much use unless levelled up and used to hold ground, while light groups don’t appear to be useful in any situation. The only weakness heavy troops would appear to have is that they move slowly and thus take a while to retreat, but this is negated by the gameplay which encourages you to only ever inch forward. Turrets, meanwhile, are slow to react the presence of the enemy, and while they do pin them down briefly they are also destroyed with relative ease. Unlike yourself the enemy have an infinite supply of troops that can seemingly be deployed at a faster rate, but the flipside is that you can plant your own troops in cover and simply farm XP as fresh fodder is delivered to the landing pads, occasionally sending a squad back to the landing zone to be reinforced.

Experience gained, either via the aforementioned exploit or through more legitimate means, increases a squad’s combat ability, and also grants points that you can funnel into new skills, plus there’s even some light equipment customisation on offer, with emphasis on the word light. The problem again is that you’ll earn most of the genuinely useful skills very quickly, and then you’re left to just put points into small, incremental upgrades.

The theme of the game represents another huge disappointment. As a mercenary company it seems strange that you must recruit new squads from the blackmarket, like it’s somehow an illicit activity to hire new soldiers to replenish numbers in a merc outfit, and it’s likewise strange that you don’t have to actually pay your little army for their work, something which could have made for a brilliant mechanic. Imagine having to way up how much a squad will cost to operate in the field. Sure, this one squad is super powerful, but they demand a lot of cash for their work, leaving you trying to decide if it’s worth the trade-off.

Then there’s the plot. It’s a paper-thin narrative to say the least, delivered with about as much skill as a pop-up children’s book. Having arrived to help the independent system fight off their aggressors you find the planet conquered already and the local Stargate blocked, stopping you from leaving. The only thing to do, then, is kick some ass.  The introductory video is where the plot stops, though, with nary a character, piece of backstory or narrative advancement made. 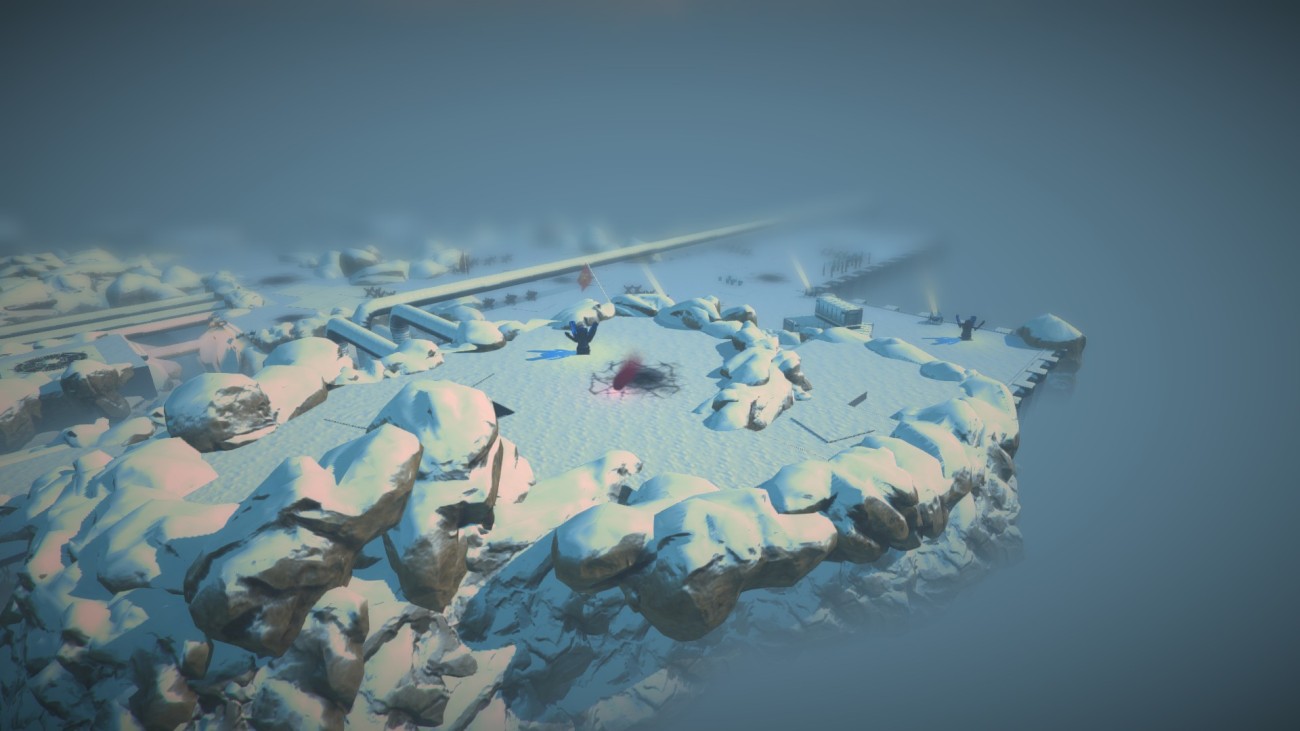 Ultimately Mechs & Mercs: Black Talons is suffering from an identity crisis. On the one hand it’s too slow to appeal to those who prefer things like Dawn of War II, and yet it lacks the strategic depth to capture the more hardcore audience that enjoys the like of XCOM: Enemy Unknown. There’s little thought required to play it, the theme of the game is barely utilised, the story is dull and the presentation poor. It’s clear the developers love the game and hopefully have a bright future ahead of them, but right now there’s nothing to make it worth recommending. Who knows, though, maybe a in a month or two down the line the devs can release some substantial patches to make it worth playing.

The Good:
+ Being in command of mercenaries. It’s automatically worth several bad-ass points.
+  Mechs are kind of cool. Kind of.
+ Occasional flash of fun gameplay.

The Bad:
– Zero strategy.
– Idiotic design decisions. A wall that only provides cover from one side? What!?
– Clumsy.

The Verdict: 2/5 – Okay.
A vaguely enjoyable RTS title that’s missing most of the strategy part.