Battlefield: Hardline’s Last Level Reveals A Game That Never Was 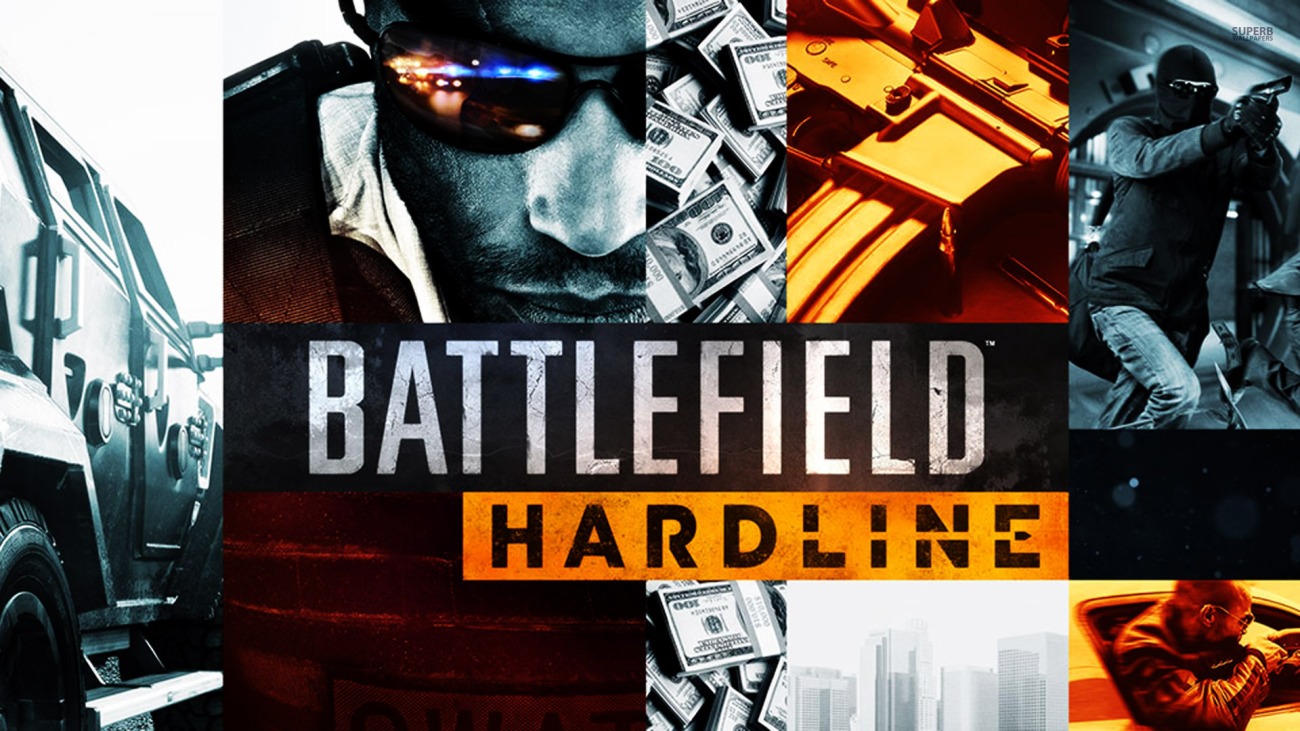 I wasn’t exactly very impressed with Battlefield: Hardline’s singleplayer campaign. The first half was interesting, focusing on relatively down-to-Earth cop-based action, but the second half completely went off the rails, attempting to emulate Call of Duty by somehow fitting in a tank, a bloody stupid elevator scene and a helicopter which inexplicably flies through a firework display so that it can conveniently snag your zipline wire. Talk about a jarring shift in tone.

Toss in a half-baked arrest mechanic where you were somehow able to carry on arresting fools with your magical supply of handcuffs despite no longer being a cop and you had a recipe for a mildly enjoyable but hardly inspiring campaign. It remains absurd to think that you’re capable of arresting a mercenary police force who have replaced the true police force. I mean, who exactly is going to come around and pick them up? How is it actually an arrest? Surely it would make far more sense for Nick to simply knock out his foes and then handcuff them to ensure they’ll be less of a threat if they wake up? Having said that I remember reading somewhere that rendering people unconscious was likely to leave them with serious brain injuries, potentially resulting in them being a vegetable. Yeesh.

I can see what they were going for, in a way. Hardline was perhaps intended to also pay homage to the TV cop genre by emulating how so many series that run on for arguably too long end up resorting to more and more bonkers scenarios to try to still interesting. If that was the case then Hardline does succeed in that regard. But whether it was the goal or not doesn’t excuse the fact that the singeplayer felt like a linear slog which couldn’t figure out what it really wanted to be. Indeed, that was a major theme throughout my review of the game, and one of the biggest problems I had with it: huge potential utterly wasted by a developer who felt like they were never given the freedom to create the game they truly wanted to make, and instead had to badly fit it into the Battlefield template.

That is, until the final level which almost seems to show a game that never was. Suddenly you’re dumped on an island with the simple goal of getting to your target and putting a bullet in his brain. The fairly linear level design of the previous chapters – which only occasionally opened up the environment a touch to the benefit of the gameplay – is ditched in favor of simply letting you roam the island. It’s hardly a vast or even interesting locale compared to some other places we gamers have visited, but compared to the previous places that Hardline sticks you in it’s like being let loose in Disney Land. The option to go loud or quiet makes so much more sense when you’ve got more freedom to move around and decide what direction you want to attack from, and because outposts on the island are separate you can get a nice mix of action going, swapping from the sneaky sneaky to the shooty shooty. Hell, sniper rifles finally got a chance to shine.

More importantly the set-pieces of the previous chapters vanish in favor of emphasising the core mechanics, letting the enjoyable gunplay speak for itself. Admittedly when on the island the game does become a bit too much like Far Cry, a sense of deja vu hitting like a sledgehammer when you perch yourself on a hill and tag enemies, but it’s a vast step over what came before it. The arresting mechanic still feels repetitive due to the sheer amount of people needing cuffed, but you can always just go for regular takedowns instead of arrests since by that point you’ve likely maxed out the Expert ranking system anyway. Just imagine if the developers had opted to approach the previous levels in the same fashion, letting you sneak through entire neighborhoods and city blocks as you saw fit. I’d have loved to have been presented with a drug-lords vast complex and just told to get on with it, perhaps even with the option to arrest or kill the primary target depending on how things go along the way. This would have let Visceral really use the grappling hook and zipline properly, two potentially awesome additions that feel like they were half-heartedly worked into the campaign at the last-minute because of level designs that don’t provide much opportunity to really play around with them.

So where did that game go? Because that final level sure does make it feel like the game was originally going to be more open, perhaps making use of that fabled Battlefield chaos which has made the multiplayer so much fun. Indeed in the last level there’s a couple of ramps which make it look a lot like there was supposed to be some vehicles available, initially. But the whole openness thing seems to have been abandoned around the time of Bad Company.

It’s important to understand at this point, really, that I’m not against linear game, be they shooters or something else. Sure, it can be hard to not feel like that linear games are a byproduct of an age where the technology only really allowed for corridors, especially if you wanted to even consider the concept of throwing in something more complex than having a few enemies on-screen at a time. But ultimately each game has different demands and linear design can work really well in certain circumstances. I mean just look at Call of Duty which has made an empire out of linear level design that allows for tightly scripted mayhem. Look at the Uncharted games, or  The Last of Us. Linear design has a place even in today’s videogame industry. But Battlefield hasn’t exactly been excelling at the whole linear shooter thing, mostly because it’s trying too damn hard to be Call of Duty. For games that want to let players choose between different styles of play more open levels just makes sense, at least to me.

If the last level serves to show the game that Hardline could have been, then the first half of the game serves to show the tone that could have been. The first half of the game is a much more compelling affair, sticking with the cop theme more faithfully than the bombastic second half where it EA’s own insecurity can be felt in every idiotic moment of bombastic mayhem. It’s like they felt they couldn’t possibly make a shooter without introducing a series of set-pieces akin to the CoD series, somehow finding a way to shoehorn in a tank, for crying out loud. It’s almost funny that all those explosive moments don’t stick in my mind like a far smaller moment, at least in terms of pure scale,  does much earlier in the game. In the opening minutes of Hardline’s campaign you and your partner bust into a room, crashing a card game. With the perp’s hands in the air its a tense stand-off before the door to the bathroom crashes open and out comes a women with a shotgun. Naturally all hell breaks loose.  And that’s what the game needed. It’s the absolute perfect situation for the tone of game’s first half, a compelling, small-scale drama which one would expect to see a cop in. Battlefield: Hardline isn’t about saving the world or stopping terrorists or anything of the sort, it’s about revenge, and that doesn’t need massive set-pieces, it needs small moments. It needed tense raids where being outnumbered made you worried, and standoffs that made you hold your breath.

It managed something close later on. Having gone through the mildly insane desert compound section you wind up fending off bad guys in a slowly disintegrating petrol station. Sure, the buggies are a bit absurd, but it’s a pretty cool moment. Here you are in the middle of fuck-off nowhere fending of waves of bad guys using cover that’s disappearing in front of your very eyes. And the preceding desert compound did at least have a glimpse of freedom in its size, a hint of what was to come in the final level.

It’s not all bad, really. The writing and dialogue are pretty poor but the characters are still likable enough, and the guns always feel lovely to fire. Had the game focused on that, open levels and those smaller moments then it could have been something special, a compelling, light-hearted tale of cops and revenge. But it ended up feeling like game that wanted to be either Call of Duty or Battlefield when it grew up, except that it was never supposed to be either of those things. The police theme is jammed into a Battlefield mold that won’t give an inch.  But I loved that last level, I really did. Sure, it wasn’t the best example of freeform gameplay ever, or a textbook lesson in how to do stealth, but it was fun. I can’t help but wonder if that was the game Hardline was always supposed to be. In my review of the game I kept coming back to the idea that Hardline was a game suffering from an identity crisis, and the last level, to me, proves this theory.

At least the multiplayer is fun.