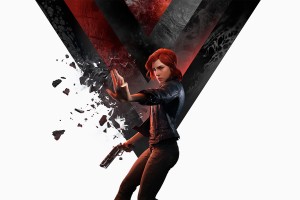 Weekend Whammy: Control & No More Spider-Man In The MCU

Hello my little wolfpack of awesome, how are you all doing? Another week has gone blasting past like it stole a jet, snorted some cocaine and decided to head for the Bahamas. That means it’s time for another Weekend Whammy, so let’s get right into chatting about why Control is worth keeping an eye on and WHAT THE HELL SONY AND MARVEL!?

I really love the idea behind games like Wolfenstein: Youngblood. Cheaper, smaller offshoots of the main series that let the developers play around with some ideas without having to create something quite so vast. Taken in that context, though, reviewing this smaller projects can be difficult because just how much should they be compared to their main series counterparts? Wolfenstein: Youngblood, after all, does do a lot different: new lead characters, co-op gameplay, RPG mechanics and a second developer in the form of Arkane, the folk responsible for Dishonored. There’s a lot to talk about, so let’s jump into it.

Hello my dear friends and despised enemies, the weekend has come and gone once again and that can only mean one thing: I blacked out at some point. But other than that it means it’s time to check in and see what everyone has been playing, watching and reading this fine, fine weekend.

A sprawling open-world, microtransactions, RPG levelling mechanics, loot and clusters of mundane side-quests that have been copied and pasted. These, it seems, are the foundations of modern triple-A video game development, the industry pumping them out like there is no tomorrow. And yet here’s is Bethesda and MachineGames putting out a linear, singleplayer FPS without a microtransaction in sight that is easily the best shooter since 2016’s awesome DOOM reboot. It’s almost like you can make a quality game without slapping consumers in the face, isn’t it?

The start of Bethesda’s conference may have hinted at a new Wolfenstein game, or a new chunk of DLC. A bootup sequence listed the launch dates of past Wolfenstein games, along with one titled New Colossus which didn’t have any date beside it. Interestingly New Colossus is a […]

Wolfestein: The New Order was an incredible return to the spotlight for a series I had long ago assumed all but dead, wowing gamers and critics alike around the world. Now it seems we’ll be getting another slice of action on May 5th as Bethesda and Machine Gun […]

Despite my initial scepticism, Wolfenstein: The New Order continues to impress with each new trailer. With tongue most firmly in cheek, it looks like this could be a refreshing leap back to simple days of blasting everything in sight, with some modern twists. Bring it on.

Wolfenstein: The New Order Will Run At The Same Resolution And Framerate On Both Xbox One And PS4

Resolution has become a hot topic amongst the gaming community at large, and in all honesty I almost hate writing about it, because it’s become a consuming disease that sparks idiotic and endless arguments. It is, of course, a perfectly valid debate, but has gone too far, and […]

Bethesda certainly weren’t lying when they said they were planning on making an impact in 2013. Just a short while ago they announced a brand new game titled Evil Within and today they’ve also announced a new entry in the legendary Wolfenstein series titled The New Order. As […]