Rallying in videogames has seen a bit of a resurgence, in part because of Codemaster’s DiRT series. But the WRC games have flown under the radar and have had something of a chequered past in terms of their quality. For the 2015 release new developer Kylotonn took over the series, and their work has also seen mixed reception. However, for this latest WRC title they’ve seriously upped their game.

But before we get to the good stuff we’re going to go through some of the problems. The developer’s obviously tight budget has led to graphics that feel very outdated, the general lack of detail, poor textures, washed out colours and horrible jaggies all serving to make the game look like it comes from the Xbox 360/PS3 era. Even the menus have a utilitarian look to them. Compared to the beauty of Codemaster’s games it’s a stark contrast. It’s surprising because the PC version seems to look vastly better. Obviously, computers have much more potential grunt they can throw at the game, but the Xbox One seems to have taken a massive hit in order to maintain a steady 30FPS. Frankly, it’s downright ugly in places and given the lack of visual eye candy I would have expected 60FPS to the be norm. 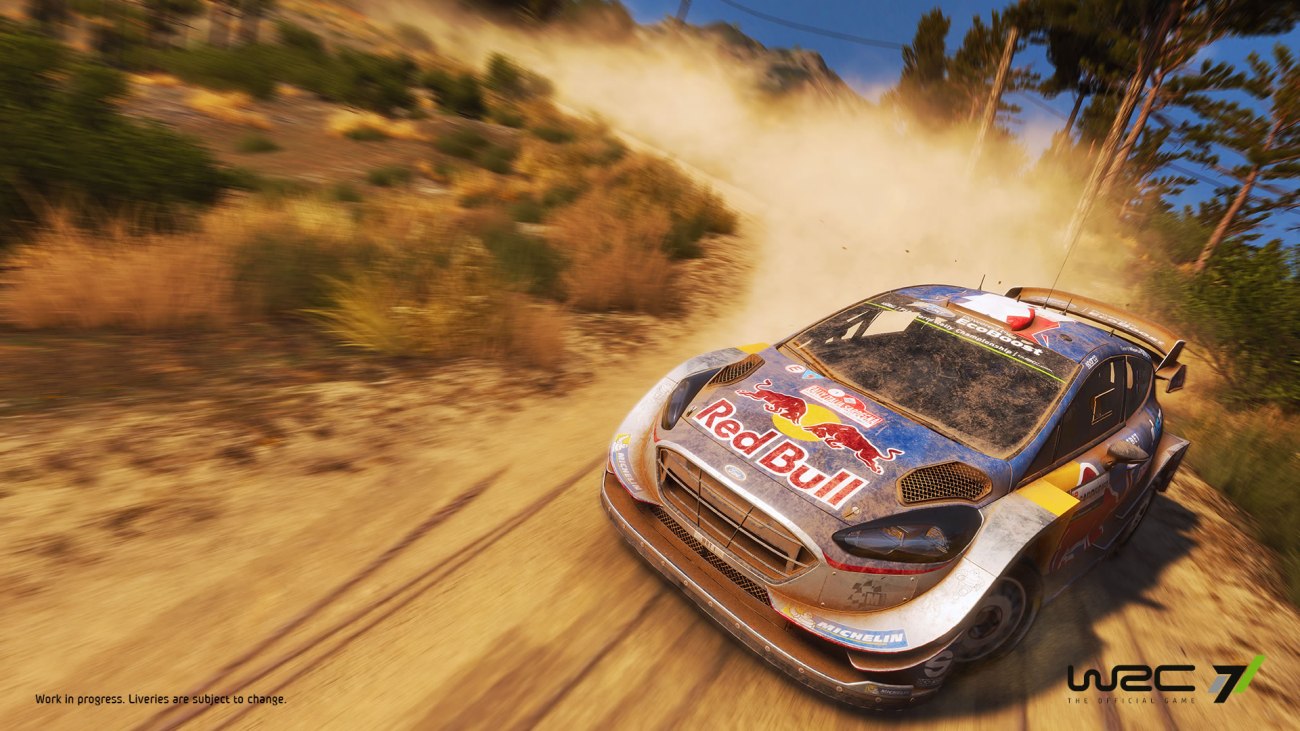 The audio fairs a bit better, although we still have some problems to discuss. For the most part the sounds of gravel bouncing off of metal and the growls of engines sound good, generally managing to capture what it must be like in a rally car, albeit probably not as loud. However, your co-pilot, while accurate enough when calling out upcoming hazards, sounds like a freaking robot informing you of the latest paint drying news. Crashes don’t manage to replicate the rich, layered sounds of metal crunching, either, instead coming across more like someone hitting a tin can with a stick.

Happily, what might be lacking in presentation can be found in the gameplay itself. If you were hoping for a completely die-hard sim then this isn’t quite it, the developers over at Kylotonn clearly favouring a more slightly more arcade approach that reminds me of DiRT 4.  Cars are fairly easy to throw around the tracks, and on certain stages can feel like they’ve got sticky tyres that grip the road so hard that they’ll begin pulling chunks of it up. I never felt like even with all the assists off that the car itself was difficult to handle. This is contrasted against the stages themselves which are quite faithful recreations of the real world locales, including their penchant for giving the driver very little room to drive in. No lie, there are times when the courses are barely wider than the car itself. The sensitive steering can be a pain until you either adapt or adjust the settings, but once you get into the groove eeking out every second by cutting everything as finely as you can is heavily rewarding. A lot of emphases has also been placed on track undulations, bumps and general changes in height, all of which

However, this is contrasted against the stages themselves which are quite faithful recreations of the real world locales, including their penchant for giving the driver very little room. No lie, there are times when the courses are barely wider than the car itself, offering the smallest of gaps between paintwork and the side of a cliff. The sensitive steering when using a controller can be a pain until you either adapt or adjust the settings, but once you get into the groove eeking out every second by cutting everything as finely as you can is heavily rewarding. A lot of emphases has also been placed on track undulations, bumps and general changes in height, all of which mean you have to constantly make little adjustments, much more so than in the Codemasters game’s, I feel. Even little twigs and rocks feel like they’ll be modelled which makes it feel realistic, whereas other rally games tend to flatten their surfaces out more.

Another area where a lot of attention seems to have been paid is track surface. Now obviously rally games model the differences between gravel, tarmac and snow and so on, but here even different gravel types feel unique to drive on, creating a much more believable experience. Some gravel is slippery, while others are wetter and therefore bog down your tires. Likewise different types of tarmac affect how your car handles, while tyre degradation over longer stages forces you to consider slowing down a little.

In short, the actual on-track action is superb. As you move through the career you’ll gain access to the faster, more powerful cars and suddenly those already tight tracks begin to feel downright claustrophobic. WRC 7 captures what I can only imagine is the insane tension of racing a rally car, the faster machines constantly making you feel as though you’re on the very limit, only barely keeping yourself on the track. It all comes to a head when you hit that beautiful moment of flow where you’re blasting through the bends while being in sync with the co-drivers pace notes informing you of what’s coming. The only other racing game I’ve played that made me come close to this feeling of constantly being on the very edge is DiRT Rally, and while I’d argue that WRC 7 doesn’t quite lean as close to simulation as that title does I’d also argue that WRC 7 is on the same level, if not better in terms of its handling and physics.

This does mean the game sacrifices some accessibility, though. When you put on the driving assists the car itself is relatively easy to handle, but once you throw in the incredibly tight tracks and the attention that have given the surfaces it becomes a challenging game even for experienced racers. A driving test mode give you a chance to race a stage before the game suggests what settings you should use, but a few more tutorials would have gone far toward getting less experienced gamers into the action.

The rest of the package is merely adequate. There’s a pretty bog-standard, bare-bones career mode, for example. You’ll sign up with a basic team with the slowest cars to start with and then move up the ranks provided you do decently, and as in every other rally game you can set up your car and repair it between stages. There’s a weak layer of team management in the form of morale that goes up or down based on performance, but it adds nothing to the experience because it’s simply a measure of performance and thus gives you an idea of what upcoming contracts may be like. But it is nice to see special stages scattered throughout that challenge you with going head to head with a rival.

Speaking of the stages, they’re pretty awesome. There’s no fancy track generation system here like you’ll find over in DiRT 4, but that’s fine because the quality on offer is superb. As nice as it is to have a technically infinite supply of courses to drive on none of DiRT 4’s creations could be called memorable, while WRC 7 has a bunch of stages that have become stuck in my mind, including some very tricky ones in towns where sharp, incredibly tight bends create a disorientating challenge when you’re using the cockpit view. Best of all these stages range from just a few minutes all the way up to fifteen minutes or more.

Other single-player options include the standard quick race and the ability to create a custom championship from any of the available 50+ stages while also choosing from the time of day and weather, although strangely some weather can’t be paired with certain times.

Outside of the main career mode you’ve got a range of standard multiplayer options for competing with other plays, plus local split-screen which I very much appreciate. because drunken rally driving is always a good time. Plus as you load up the game you’ll be greeted with that week’s community challenge where you can compete with everybody else to get the best time on a stage.

Ultimately WRC 7 left me feeling impressed with its on-track action and fairly ambivalent about everything else. As an all-around package it’s arguably the weaker prospect compared to other rally titles out there, but that’s also a somewhat unfair thing to say given that Codemasters get to work with a vastly bigger budget. So, let’s break this down; if you want a more polished and forgiving game then opt for DiRT 4, but if you’re a big rally fan who is looking for a challenge then WRC 7 is the game for you. The wonderful handling, great stages and awesome physics all add up to something that feels excellent to play. Just try to get it on PC if you can.

This one’s getting a recommendation from me. 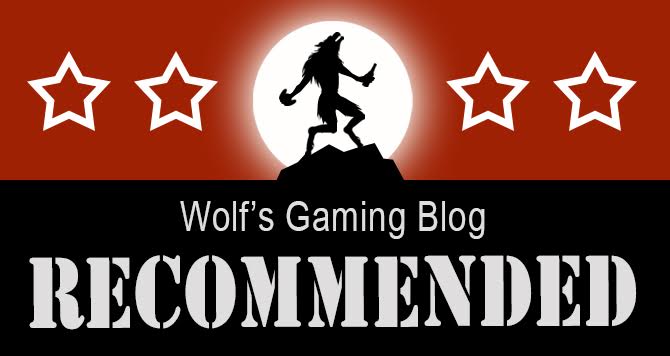