This mouse was provided by Razer free of charge for review.

Ah, the humble mouse. Just imagine what this poor little guy gets put through on a daily basis, it’s wee feet being slid across a mat at insane speeds, all in the name of shooting some pixels. A good mouse that feels comfy to use is something I view as vital if you play a lot of games or spend a lot of time browsing the web, so with that in mind how do I feel about the Razer Basilisk?

First impressions are good. The curved edge means it isn’t as sleek as other Razer mice, but it makes up for that with solid build quality. The plastic body could perhaps do with a touch more texture in order to provide some extra grip, but it gives the mouse a solid feel. With a weight of 107g it’s reasonably light for those more intense sessions of CS:GO, too. There is the slightest bit of wobble on the mouse wheel and if you shake it there is something moving around near the sensor, but that’s quite common. All in all, it looks okay and feels like a quality product when you hold it.

The thumb area on the left features a fantastic grippy rubber that holds your thumb like an overly attached girlfriend as well as a nice curved wing so that your digit can rest upon its mighty laurels whenever it isn’t hammering away on the buttons.

The two thumb buttons feel light to press and are easy to reach, each issuing a satisfying click when you use them. Unlike a lot of other mice there is no wobble in the buttons and they feel consistent no matter where you press them. There is, however, a fair bit of travel to be found in them. This is not necessarily a bad thing, but it is worth noting. 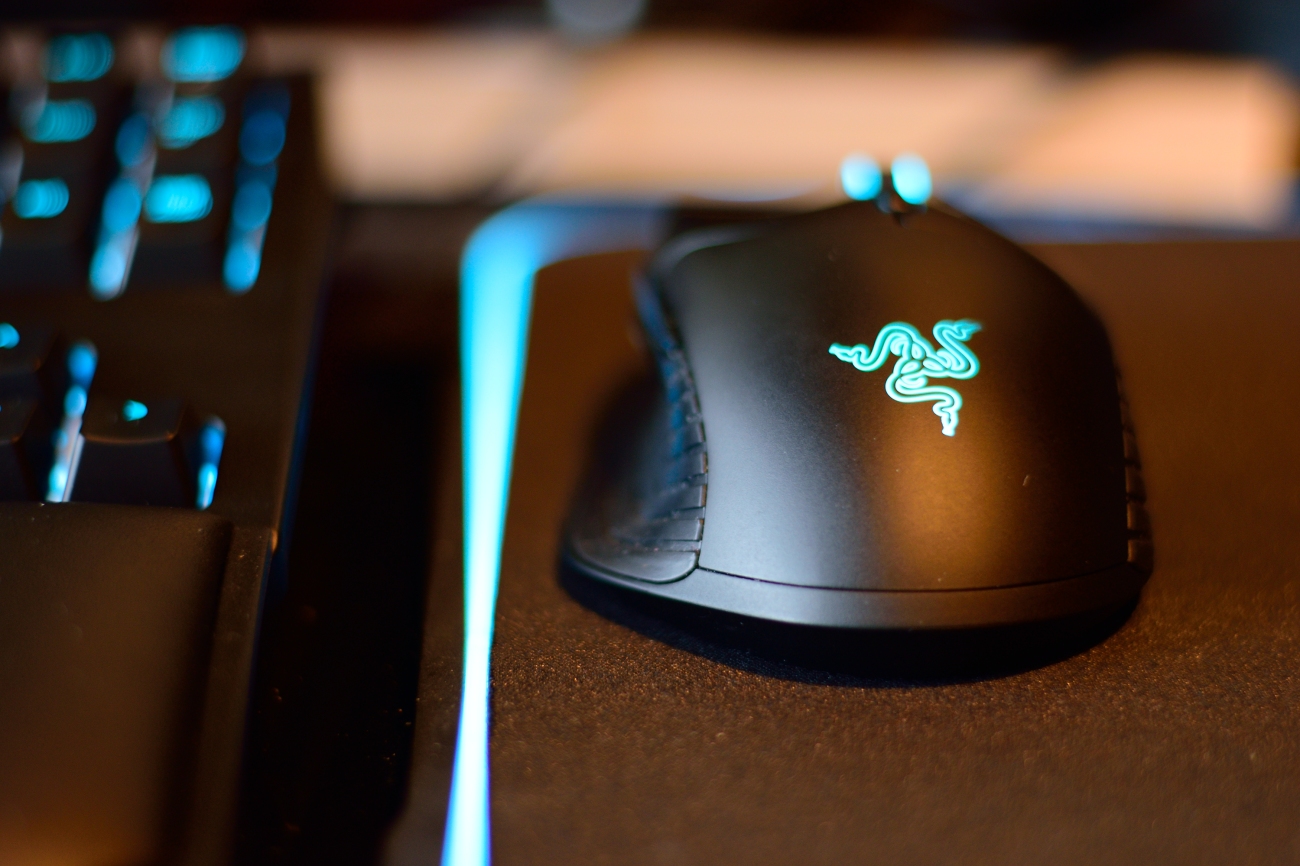 It’s the left side where you also find one of the mouse’s biggest selling points: a removable DPI clutch that when pushed in will drop, or raise, the DPI of the mouse until its let go. Its main use is for sniping in FPS titles where you want to slow the mouse down for finer aim. Personally, it’s not something I typically use but I can see it being handy for a lot of folks. I’ve got fairly small hands so reaching it did require a bit of a stretch, but I think the majority of people should be able to use it with minimal fuss.

In the box, you also get a shorter DPI clutch in case you happen to have terrifyingly long fingers, plus a plastic cap if you just don’t want the clutch at all.

The right side of the mouse benefits from some grippy rubber as well, although there’s no wing like on the left. This is purely a right-handed mouse, I’m afraid, with no alternate version for lefties. Because obviously, left-handed people are witches and minions of Satan. True story. The grip is again fantastic, but like a lot of mice I did occasionally notice my pinky would wind up gently dragging along the mouse mat like a petulant child being dragged away from the sweet isle at Asda. It’s for that exact reason why I like a little bit of a curve to keep my unruly pinky in check. Or is that just me?

As for your left and right mouse buttons they feel pretty damn good, too, thanks to the Omron switches which don’t need much pressure to activate. The left click has a nice concave that helps situate your finger dead-center while the right slops off at a steady, shallow angle. I would have liked a very slight upward curve on the right just to keep that finger centered as well, but my digit never slipped off so it’s a very small criticism.

All in all, this is one comfy little mouse that felt good for both palm grip and claw grip. In fact, this might just be the first mouse that I’ll have to proclaim as being comfier for me than my beloved Logitech G502 which has been my mouse of choice for years now. Of course, everyone’s hands are different. 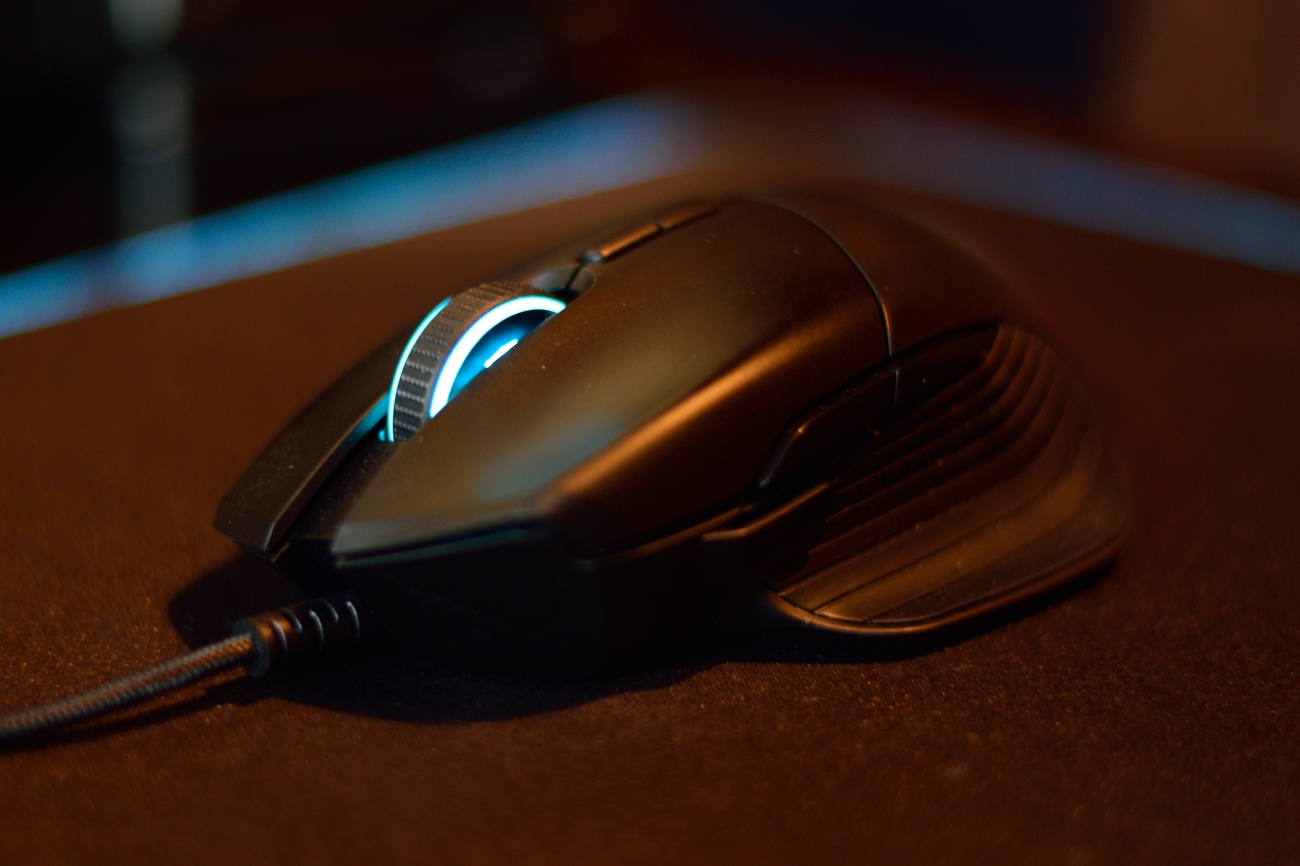 The other interesting little feature is the scroll wheel. Flip the mouse onto its back and you’ll find a little plastic dial that lets you adjust the scroll wheel’s resistance, moving it between smooth and more clicky. Since I like a nearly freely spinning wheel for general browsing and something with a little more resistance for gaming it’s a brilliant feature for me.

And then we also have Razer’s Hypershift which can be found inside the Razer Synapse 3 Beta software. Basically what this does is allow you to remap a bunch of secondary commands to your mouse, and then use a key on your keyboard or mouse to activate them. For example, your left click may perform normally and then when you activate Hypershift via the clutch it becomes the spacebar on your keyboard. Persona, ly this feature isn’t something I found to be hugely useful, but for people using complex programs it could potentially increase productivity.

Speaking of the Synapse software it’s generally a doddle to use and lets you do everything you’d expect, from changing the DPI all the way up to the mouse’s bloody insane maximum of 16,000 to creating and storing a seemingly infinite amount of profiles. These profiles include all your button remaps, lighting changes and DPI adjustments and can also be set to activate when you fire up specific programs or games, so if you want to change the DPI when going into CS:GO, for example, it’ll do it automatically. Up to four profiles can be stored on the mouse itself and can be swapped between by using a small button on the bottom of the mouse, with an LED using color to indicate which profile is selected.

You can, of course, record macros, a feature which even lets you include mouse movements as part of the macro.

The two RGB LED lighting zones that light up the Razer logo and scroll wheel can also be adjusted here, and the colors are generally very strong across the board with nice, consistent light. Whites look a little blue and yellow doesn’t pack a heap of punch, but these are colors that are typically pretty hard to get right so it’s not surprising. 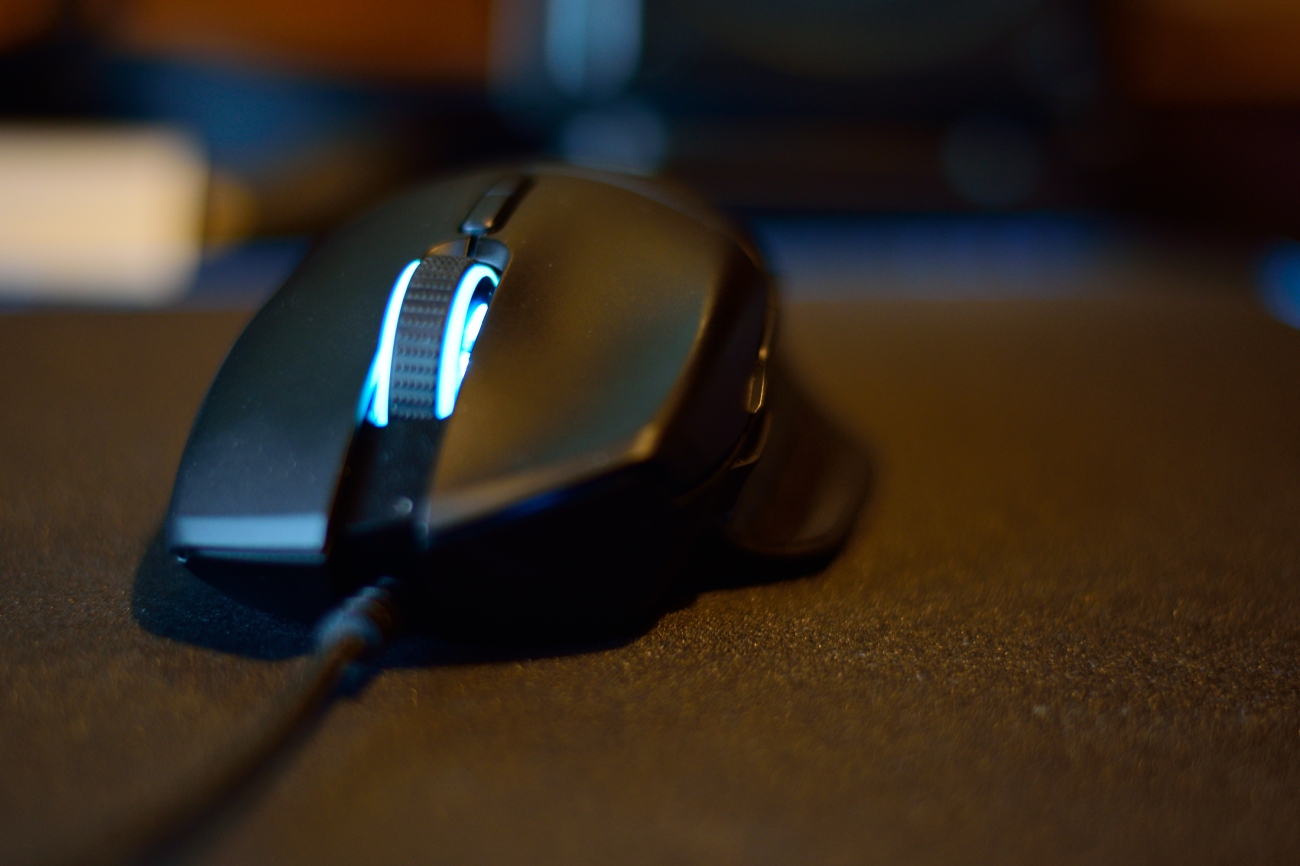 One that that does bug me at the moment is that the Basilisk requires the current Razer Synapse 3 Beta software which doesn’t support a bunch of the company’s other products, so if you have any other Razer mice, keyboards or headsets you might have to download the other version of Synapse for them. Talk about awkward. Hopefully this will get sorted out soon, though.

Alright, so it has a couple of nifty features, the software is solid, it looks pretty nice and its comfy to hold. So far so good, but what about performance? Well, as expected it’s superb across the board. I say expected because these days even a relatively cheap mouse will perform pretty well. Underneath the plastic body of the Basilisk is an Optical 5G sensor, which is a modified version of the Pixart PMW3389. The sensor never jumped or failed to track my movements perfectly, and there did not appear to be any juddering. I also can’t detect even the slightest hint of mouse acceleration going on, nor could I make it spin-out. In-game zooming in with a sniper rifle demonstrates the mouse’s overall precision as I was able to aim pixel by pixel, and no matter how quick the on-screen action became I felt like it was responding instantly to my inputs.

I’ve been using the Basilisk for a few weeks now and have to say that it might just be my current favorite mouse. The rubber grips, thumb rest and all-around shape of the mouse fits my hand beautifully, and the performance is spot-on. It’s not Razers best looking mouse, but that Chroma RGB LED lighting is doing its job nicely. All of this is packaged up for sale at around £65 which is fairly reasonable in the high-end mouse market. This one gets my recommendation as a superb piece of kit.