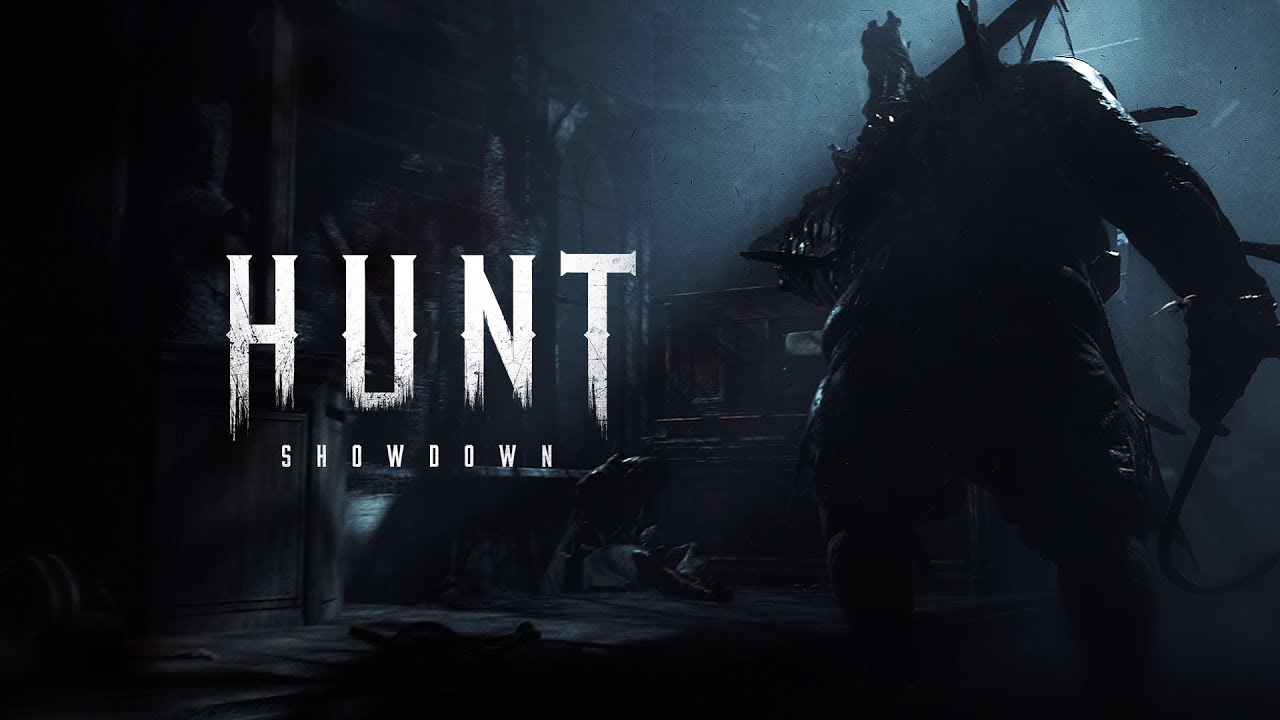 Closed Alpha entry code was supplied by the publisher.

In the dead of night, I’m wading through a deep swamp that’s hindering my movement, feeling far too vulnerable for my own good. To the right of me I can hear the echo of rifle fire as several players duke it out for dominance, but as a solo player I have to be more careful. Ignoring the gunfire and steadily weaving through the myriad of beasts lurking in the darkness I make my way to the final clue which reveals the location of my quarry; a giant arachnid that’s far too realistic for my liking. And that’s when I freeze, the nearby ambient noises having changed and alerted me to the sound of other players who are also hunting the beast. Two of them emerge from the treeline, the probable victors of the gunfight I heard earlier. They’re unbearably close to me, and for me, it’s the tensest moment I’ve felt in a video game in a long, long time. A 2-on-1 fight won’t go well for me, not with these rifles, but at the same time, the temptation to take out the competition is strong. I take aim and…

Flash forward a bit and this time it’s me and a friend holed up in a small building. We’ve successfully killed the giant arachnid, claimed the bounty and headed for the extraction point, but thanks to the giant mark above our heads a bunch of players are closing on our position, having apparently decided to sort us out rather than fight amongst themselves. It’s the setup for a last stand. But then suddenly dissension among the ranks; they’ve finally figured out that only two players can claim the bounties and thus the teams of two have started taking shots at each other. In the mayhem, we make our move and gun down two of them before breaking into a sprint for the extraction point, but my friend gets hit. He’s down and it’s time to make a choice: try to get him up, or try to make it out alive.

It may not sound like the most exciting moment in video game history, but Hunt: Showdown, the latest project from the folk over at Crytek, is already pretty damn good at creating a powerful sense of tension, especially if you decide to try it out completely solo. Teams of two are encouraged and there’s an option to tag-team with a complete stranger, but creeping through the dark and tackling other hunters is a lot less tension-inducing when you haven’t brought a friend to back you up when things get hairy.

Ostensibly your goal in Hunt: Showdown is to track and kill either the hulking Butcher or a frankly bloody creepy giant spider which behaves far too realistically for my liking, banish the corpse, collect the bounty for doing so and then high-tail it out of the map by making it to the extraction point, all while other players seek to do the very same thing. What attracts me to Hunt so much is its theme, a mixture of old wild west and horror that’s used to create a surprisingly tense game. Since you’re running around with six-shot revolvers and rifles combat is rarely won by panicking. The first shot can count for a lot. In other words, it’s a game where you spend a lot of your time creeping around with very little actually happening, interspersed with intense bursts of excitement.

So, the general idea is that you’ll be dumped into the map along with several groups of other players, and in order to find the prey you need to get to the three clues scattered around the world, as done by activating Dark Vision mode which will guide you via glowing blue lights. Complicating your quest are the monsters roving around the map, a variety of zombies and strange insect ladies and hellhounds and other assorted beasties. These creatures play an intriguing role in the game at the moment because killing them will net you a small amount of XP, but it’s not worth your time actively hunting them all versus chasing the bounty or murdering other players, nor are they particularly dangerous because you can scout around them provided you don’t make too much noise. And yet should you accidentally get caught up in a fight with them they can deal some big damage, and attract the attention of other players.

Indeed, I was pleased with how big a part sound plays in Hunt, to the point where the developers themselves have included a message recommending that you slap on a good pair of headphones. There’s no music, letting you focus purely on the environment; gunshots echo across the map and thus let you avoid or track other players, flocks of crows will be startled by movement, a seemingly dead horse can suddenly come alive for a few seconds, monsters make a variety of noise depending on whether they’ve spotted you and chains hang from ceilings. All of this makes for a rich soundstage that is built purely to track other players. I can’t count how many times I evaded people or straight-up murdered them because they were making lots of noise.

Once you’ve killed the target, which can actually be found without any clues, you’ve then got the banish it back to whatever horrid realm it came from. Not only does this take a lot of time but every other player gets alerted to the fact, while a lighting storm visible in Dark Vision will highlight your exact position, so you’ve got to settle in for a small siege. Once Banished you can grab the bounty and run for the extraction point, but that lighting storm will continue to hover above your head allowing every other hunter on the map to track you down and steal the bounty for themselves.

Basically, from the boss monster onwards Hunt is a rollercoaster ride of emotions, most of them involving swearing. The feeling of being hunted is a blast, as is being one of the ones doing the hunting. It’s a thrill, and I loved it.

As for the characters you play as you’ll be spending the cash you’ve gathered from finding clues and bringing in bounties to recruit new hunters that come with a weapon and maybe even a perk. The longer you keep a character alive, done by getting to an extraction point regardless of whether you got the bounty, the more trait points you can acquire in order to boost their health and to acquire handy abilities, including one that lets you two primary weapons. Should you happen to get killed, though, that character is going to be gone forever.

Money can also be spent to pick up new equipment that can be used for any character, so if you recruit someone with a shotgun but you prefer a rifle then you can always swap them over, as well as equipping a med kit or even some dynamite if you fancy a bit more oomph.

So, let’s talk criticisms; for obvious reasons I’m not going to complain about the patchy performance or balancing because those will all have changed by time Early Access hits, but I do want to chat about the developers are going to handle new players coming into the game. Because of the style of the game and the fact that death can come swiftly and seemingly out of nowhere there’s a steep learning curve, which is perfectly fine on its own but dying means losing half of everything you gained in the match. What this creates in the game’s current form is the feeling that it’s better to simply avoid players, ignore the bounty and instead focus on taking down A.I. creatures, grabbing a few clues and then getting to an extraction point. This type of farming may not be a bad thing as such, but it does feel like it goes against the goal of the game. With that said, even a player with a bunch of perks and max health only gets an edge over others rather than a massive advantage, so my concerns should hopefully be for naught.

Although it’s essentially another twist on the survival genre that has become so massively popular I feel like Hunt: Showdown stands out from the crowd, and even at this early juncture, it’s fun to play. Its due to hit Early Access in the coming months, and I’m going to go on record as saying it’s going to be worth jumping on board. My only worry is that of variety in terms of the gameplay. What kind of creatures can we expect to face, and what’s to stop most matches starting to feel similar? I guess we’ll just have to wait and see.