I always hate writing about myself, it's such a pain in the ass to know where I should start.

I'm twenty-six years young and love to play, as you may have already guessed. When WolfsGamingBlog.com started up it was simply because I found writing to be a good form of stress relief for when my Cystic Fibrosis was getting me down or simply because I had been having a bad week. When I started writing I never dreamed that people would actually read it, or that it would ever get this big. It's mind boggling.

My writing isn't the best, but through trial, error and the comments of readers I strive to improve it so I can provide fair reviews. My ultimate goal is to prove that not everyone in the gaming media are corrupt idiots intent on delivering false reviews.

Other than that I'm a fully qualified lifeguard and used to teach first-aid and life-saving skills to kids. What more is there to say? Hmmm, well I love music, reading and films. I'm a drummer, enjoy going swimming and tend to get distracted by shiny objects. 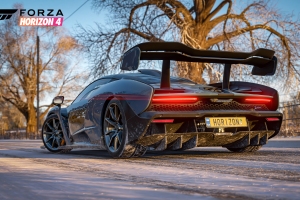 While I might be aiming to feature a lot of the smaller, easy to miss gems in the Game Pass collection, at some point I was always going to talk about some of the bigger, triple-A titles available on the service. Right now Microsoft might not have a lot of Xbox exclusives under its belt, although that may change in the coming years, but in Forza Horizon 4 they do have a hell of a big hitter, holding a score of 92 on Opencritic. Released toward the end of 2018, Forza Horizon 4 is still going strong thanks to its seasonal objectives and constant updates. 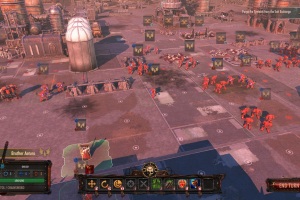 This latest digital adaption of the Warhammer 40k universe is being handled by Black Lab Games, the same folk behind the rather good Battlestar Galactica: Deadlock. With this established pedigree, I went into Battlesector with excitement and came out the other side feeling reasonably hopeful. The future is…well, I mean, the future is mostly brown with a lot of blood and violence, but by Warhammer standards, that’s pretty good. Due to launch next month, I got a chance to get hands-on with this new turn-based tactics title set in a universe of dirt, grit, sweat, blood and massive armour. How’s it shaping up? 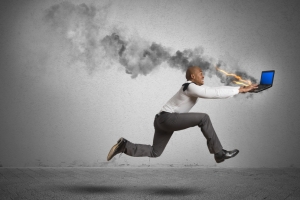 Y’know the expression, life kicking you when you’re down? I realized it isn’t so much life somehow getting worse, but more that relatively small problems feel so much worse because you’re already stressed and angry. I’m encountering this right now. On my post where I talked about taking a quick break I mentioned some…personal family troubles we’re going through regarding my sibling. Things are still rough at the moment, and while I don’t mean to diminish how bad it is for my sibling, the stress and stuff does transfer over. I’m not sleeping well, I’m worried, I’m tired, I’m angry, hence the need for a break. But anyway, back to the point: it looks like my power supply in my PC is on the fritz, and so it just feels like life has stuck on its steel-capped work boots, taken a few steps back so it can get a proper run up and has kicked me right in the ribcage. Of course, that’s not the case. I think it’s more that my power supply dying isn’t a huge problem, or at least not one I’d stress over this much normally. Sure, I don’t have the cash to replace it, but normally I’d get annoyed, shrug it off and just accept that these things happen and that my computer could end up being out of action for a short while in the near future. But because of everything else, I’ve taken this whole power supply like a personal affront to my existence as if God himself emerged from the clouds and broke it. It’s like an entirely unjustifiable feeling of anger I have toward my power supply right now. Like, if it was a person I’d kick it in the balls and make some sort of joke about its mamma.

I wanted to update you on the lack of content and what’s going on. Basically, I’m taking a short break, just until this weekend (hopefully.) 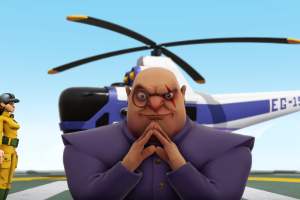 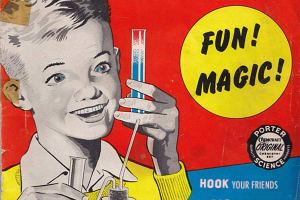 The audio version of this week’s Weekend Whammy is finally up, so kick back and listen to my dumb voice rambling about Game Pass being awesome for multiplayer, getting annoyed at Sony for not warning Vita developers about the story shutting down, loot boxes being linked to gambling AGAIN and loads more.

Welcome back to another Weekend Whammy, my fair folk! This week I’ll be talking about Game Pass being the perfect multiplayer destination, Sony shutting down the PS3, PSP and Vita stores, new research on whether loot boxes constitute gambling and much more 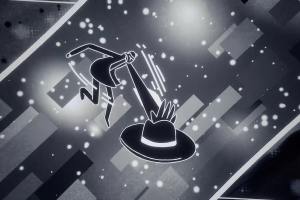 Genesis Noir can often feel less like a video game and more like an interactive Experience, with a capital E. It’s an abstract journey through time and space presented as a brooding noir tale about a watch peddler who witnesses the murder of his beloved Miss Mass at the hands of a jealous third party. The gunshot that kills her is the Big Bang, and thus our humble seller of time desperately combs time and space in a bid to find a way to stop the Big Bang itself and save his lady love. It is at times evocative, striking, jaw-dropping, exciting, and at other times is awkward and dull and pretentious. Above all else is unique and creative, a passion project created by a dedicated team across years of their life. I’m just not sure that Genesis Noir is for me. Or for you. 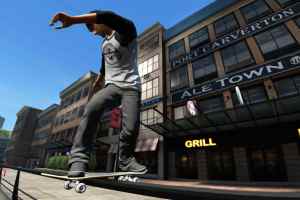 Ideally, I’d be recommending Skate 2 here, easily the best of the skateboarding trilogy published by EA. But sadly Game Pass only offers up Skate 3, which while still good doesn’t have Skate 2’s excellently designed open world. Don’t let that put you off, though, because Skate 3 is still excellent, regardless of whether you know your kickflips from your heelflips. Let me tell you why.