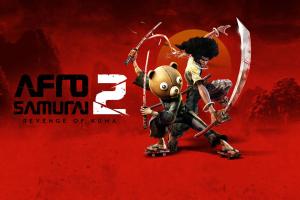 Afro Samurai 2 Removed From Sale After Developer Calls It A, “Failure”, Refunds To Be Issued

In a surprising move Afro Samurai 2: Revenge of the Kuma, which sneaked its way to sale with minimal fanfare  in September, has been pulled from sale on all digital platforms. CGMagOnline managed to speak to General Manager of Versus Evil, Steve Escalante, during the Montreal International Gaming Summit. […]

According to the folks over at Eurogamer the Steam sale this year is due to begin on December 18th, heralding both the excitement of gamers and the terror facing their bank accounts. Eurogamer say that yesterday a select group of Japanese Paypal users were email about the upcoming […]

Microsoft Officially Own Mojang, Notch To Leave The Company

Following rumours last week Microsoft have now officially own Minecraft, having bought developer Mojang in a whopping $2.5-billion deal. Although many speculated that if such a deal would take place it may compromise Minecraft’s availability on anything but Xbox and PC, Microsoft have vowed that they will continue […]

It’s time to bolster your bank account and steel yourself, because according to the magical realm of NeoGaf Steam’s legendary Summer Sale is almost upon us. In fact, it’ll be starting on June 19th. NeoGaf user Tizoc, via liezryou, posted the screenshot see at the top of this […]

Rumor: The Steam Holiday Sale Starts Tomorrow (December 19th) So Get Your Wallets Out!

Do you dread Steam’s magnificent sales because deep down you know that you can’t resist the allure of so many games at discount prices? Do you fear seeing games you’ve wanted for months at low prices because you know you still can’t afford them all, but won’t be […]

Steam’s Tomb Raider Sale Is Nuts. Why Haven’t You Bought Them Yet?

Steam’s summer sale is in full swing with the third day presenting us with even more awesome deals that a re just begging to be snapped up by those with a bit of spare cash lying around, or possibly by those willing to sell their grandma on Ebay. […]

Major Nelson has armed himself with keyboard and mouse to reveal the details of the 2013 Xbox Ultimate Sale. There’s going to over 60 Games on Demand titles on sale. According to the man himself we can expect up to 75% off most titles, with up to 85% […]

Not content with giving you a huge stash of deals, Microsoft are also running daily deals aswell with todays being the outstanding XBLA Bastion, which is currently going for 600MSP instead of the 1200MSP. At 600MSP Bastion is a must have for anyone so don’t delay, grab […]

So, looks like Microsoft are feeling generous and have offered up a whole host of goodies including arcade titles, avatar items, themes and more! Below is a list of items with there new discount price. Arcade, Indie, Originals Magic 2012 – 400 MSP Bejeweled Blitz Live – 200 […]