So, The Batman: Arkham Knight Demo At E3 Was Running On PC

At this years E3 gamers watching Sony’s conference were treated to a truly beautiful demo of the upcoming Batman: Arkham Knight. The lighting, details and fluidity of the game where breathtaking. Too good to be true? Yup. Rocksteady have confirmed that although the demo was shown at Sony’s […]

During E3 Capcom announced that Dead Rising 3 would be coming to PC later this year, an announcement that went down well with the majority of PC users. However, some bad news has also popped up. While console gamers have often been left capped at 30FPS, one […]

Ubisoft finally gave us another glimpse into The Division, their RPG/Shooter which has now been sadly delayed until 2015, and damn does it look good! Of course it’s easy to get lost in just how impressive the Snow Drop engine is, displaying an incredible level of detail and […]

Having been teased over the past few months and finally announced last week by Ed Boon, we’ve finally been treated to a brief glimpse of Mortal Kombat X gameplay, and damn is it brutal. Despite being short the trailer gives us some solid information. For starters we’ve got […]

After the disappointing Arkham Origins Rocksteady are back to finish of their trilogy of games with Batman: Arkham Knight, offering up the first glimpse of actual gameplay at E3. The video clocks in at around the five-minute mark, and flaunts the game’s obvious graphical prowess. Gotham city has […]

Last years thoroughly enjoyable Tomb Raider reboot is getting a sequel, announced today at Microsoft’s E3 conference. The trailer shows a shifty Lara Croft undergoing therepy for the many potentially traumatising events in the last game. However, as the doctor rambles about Lara needing to explore new horizons, […]

Ubisoft held a solid conference, and while it was certainly lacking in actual gameplay footage, the trailer and pre-rendered stuff that they did show was pretty cool. In short, the conference was typical PR bluster, but enjoyable nonetheless. Case in point, the first five minutes of Far Cry […]

Ubisoft’s media briefiing at E3 is just wrapping up as I type this, having just shown off a beautiful trailer for Valiant Hearts before heading into….yup, Rainbow Six. One of the highlights was a trailer and gameplay for the upcoming Assassin’s Creed: Unity, and damn did it looks […]

Putting aside the controversey surrounding the ending of the third game, the Mass Effect trilogy is one of my most treasured experiences from the past generation. I cannot count the hours I’ve put into those games, playing them over and over, forming relationships with virtual characters that, almost […] 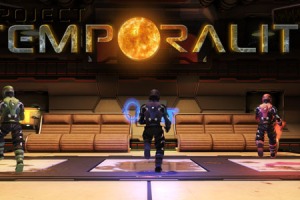 Project Temporality Review – Thanks For The Help, Me!