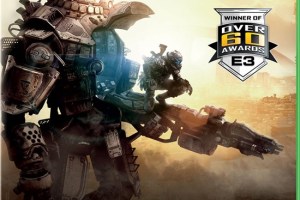 Titanfall To Launch With Fifteen Maps, According To NeoGaf User

Over at NeoGaf a user by the name of RazorUK has been going through the Titanfall beta, looking for anything that might provide clues as to what the finished product will contain. And he’s had a fair amount of success in his search. Most notably he’s managed to locate […]

With Rockstar’s Grand Theft Auto V just a mere week away it’s no surprise that the game’s gigantic map has been leaked onto the internet via some Reddit user. Of course the post was very quickly taken down, but not before some sneaky NeoGaf members grabbed the picture […]

Releasing today exclusively on PSN, Starhawk has been receiving some impressive review scores and looks set to take the multiplayer community by storm thanks to fast action and some great ideas. But now things are looking even better for the and its players as Dylan Job, the President of Lightbox Interactive, […]

It’s the time to be festive, cheerful and generally a happy person, and to celebrate the holidays, Ubisoft have decided to unlock four map variants for players of Assassin’s Creed: Revelations multiplayer. They announced it via their Facebook page, having this to say: “Hey Assassins. Have you checked your […]

Much loved Xbox exclusive Gears of War 3 has had some nice tasty free DLC released for it in the shape of the ‘Versus Booster Map Pack’ which contains 2 brand new maps and 3 from the recently released ‘Horde Command’ pack. Wait…didn’t the Horde Command DLC […]

Treyarch have decided that there are never enough zombies in the world, and so it was today announced that the new map pack, titled Rezurrection, would be all about those undead bastards that we just love to kill. The pack is going to contain five new Zombie  maps for you […]

Activision today announced their latest plans for one of the biggest names in gaming: Call of Duty. The shooter series is already notorious for its pricing tactics with Modern Warfare 2 and Black Ops retailing at a higher price than most other games, along with map packs usually […]

To ensure that Black Ops isn’t fading from your memory just yet, Treyarch have returned with the games second map pack which comes with four new competitive multiplayer and a Zombies map to boot, but this lovely package comes at big cost; a whopping 1200MSP to be exact. Worth […]

Don’t you just love it when a retail site lets slip big news? Well Australia’s GAME site has seemingly let slip a brand new map pack for Black Ops titled Escalation. Since then the site has quickly removed the advertisement. Little is know, but the advertisement does give […]

Leonardo Da Vinci is not only a historical figure, but one of the most interesting characters in the Assassins Creed series. Sadly his role in Brotherhood was a small one, relegated to handing out some upgrades and nothing more. This new DLC is based around him though so […]